Goals, Growth, and Planning for the New Year.

This post was created in partnership with Capital One.

Maybe it’s rooted in my deep affection for a fresh yearly day planner and ripping the first sheet off a crisp new calendar, but I love this time year when we get to reflect on what we’ve accomplished and start setting goals for the New Year. With my birthday the first week of the year, I always give myself a free pass on resolutions until the day after my celebrations end (which helps me from fumbling on those fitness and health goals!). This year, with baby B due in that same first week, I’m pretty aware that the impending storm of chaos and exhaustion may make that timing difficult in 2017. Instead of putting this important resetting period on the back burner, I had the opportunity thanks to Capital One to get started a little bit early this year on planning for a fresh start. 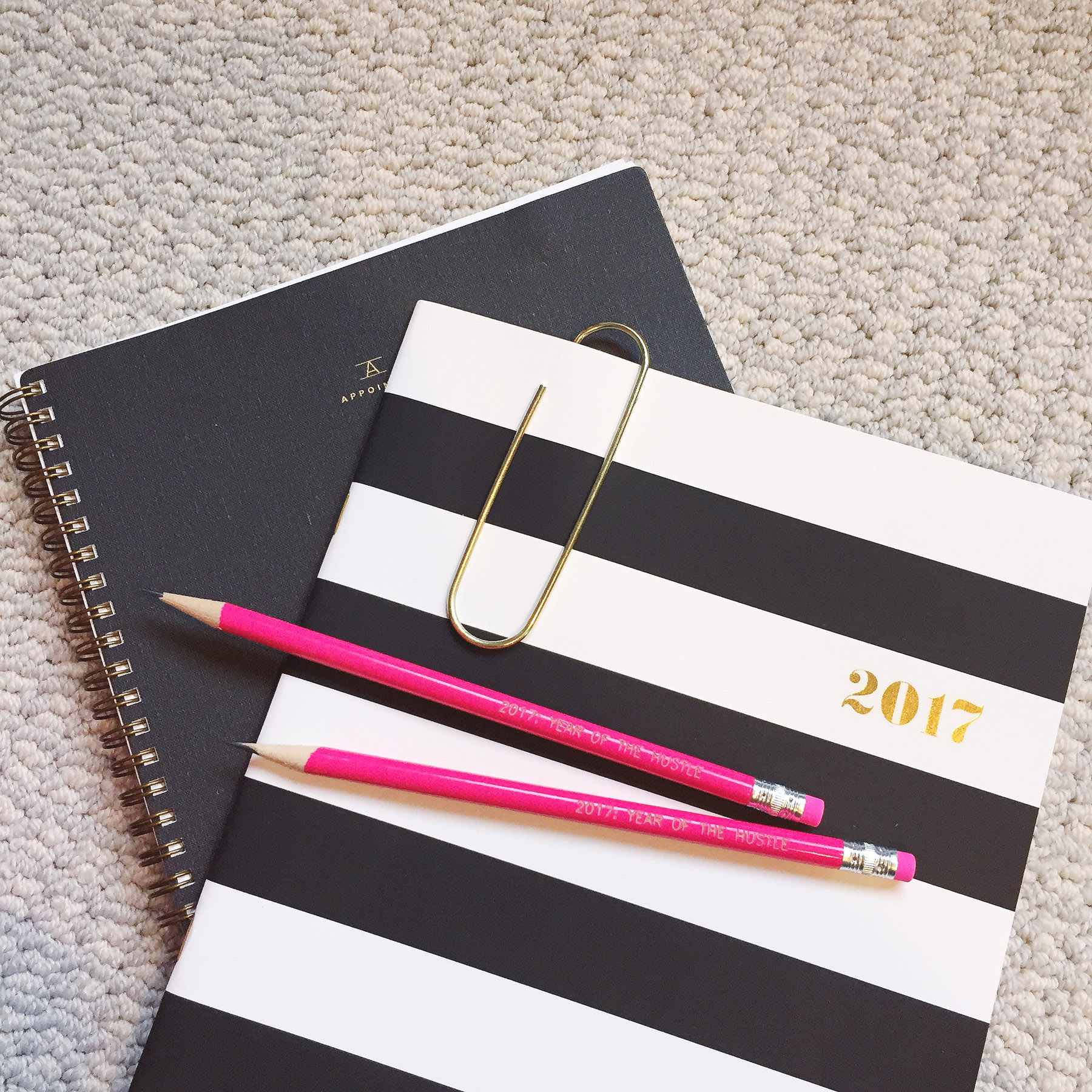 I signed up for a 1:1 coaching session at a Capital One Café with one of their money coaches. Now, I will be honest with you, my first impression of this idea was that it might be too rigid and financial for me. I was a bit apprehensive going into it, and ended up being so pleasantly surprised by the results – the session was almost therapeutic and felt very focusing for me. It was more than just about the numbers – it was interactive, conversational, and totally customized to my goals.

How it worked: First, I was introduced to my coach for the session. I really appreciated that she came in with a background in design, was a certified life coach, and was a great sounding board for some of my ideas and challenges. We started with a quick survey that helped her figure out the best way for us to work together, and also helped level-set on some general background about my life. Next, we talked really high-level about where I am today and my goals for the future. This part of the conversation was very big picture. We talked about family, career, home, and my business. After getting that high-level view of what was important to me, we had the opportunity to pick one area to drill into.

I picked my business as the topic we narrowed in on. I’ve been so lucky that this blog-business has been growing slow and steady for the past several years. But, my business is still very much so a side-hustle that I work on during nights and weekends. When I get time to spend on it, it’s usually about execution: creating content, answering emails, working on social media. It’s so hard to carve out time to really focus on plans for future growth. The coaching session was helpful to me because it required me to carve out that time and actually work through some of the big ideas I have, but never seem to have time to actually execute.

To help me make a plan, the Capital One coach walked me through a super helpful activity that I would share here in case it helps others with planning for their big ideas! The goal of the activity was to clear the roadblocks in your path and determine strategies to take the next step toward your future. We took a big piece of paper and the coach had me write a list down one column on the far right side that had all of the big, scary, and exciting ideas I had for my business, as well as some future goals we discussed in the first part of the meeting. On the far left side of the paper was another column that served as a place to document where I was today – that’s where I put some notes about my current business state. Looking at those two columns, she then handed me a stack of mini-sticky notes and we started to break down tiny, actionable steps that would take me from A to B.

Now this might seem trivial, but the sticky notes really helped me because I’m very anxious about writing things down on paper – they feel so permanent! The sticky notes were flexible though, and allowed me to pull them off if we came up with a better idea, or rearrange the order of them if I found other steps that would serve in between some I had already written. It was a very fluid process (and visual, which helps me immensely!). After about 20 minutes of brainstorming, we had tons of sticky notes on the paper that covered small actions, key planning steps, and even barriers and challenges that laid between where I am today and where I wanted to be at the end of 2017. The visualization of all of that helped me feel like I could start taking some baby steps now to march forward toward those new goals, all while thinking about ways to keep the things I’m already working on moving forward.

I walked out of the session with what was essentially a map for accomplishing those big, scary, exciting goals, and a little “prescription” note with some of the steps I wanted to start on right away. Getting started on 2017 content ideas, and maybe a reader survey, were a few of the initial tasks I chose to prioritize right away. It was such a great activity to get refueled and energized to think about my blog, business, and goals for the New Year (particularly right now when all I really want to do is eat Christmas cookies and nap!). I would totally go back and sign up for another free session, maybe part of the way through 2017, to continue to spend time and energy on planning for growth, and to dig into some of the other areas we didn’t get to cover in detail.

Please note: This post was made possible by Capital One and their free 1:1 coaching sessions at their Boston Cafés. The program is part of Capital One’s continued growth in Boston and ongoing efforts to reimagine banking. All experiences, images, and opinions are my own.