Remember when brussels sprouts were that food you would use to describe what could only be the worst possible meal someone could possible force upon you as a child? Like, ugh, I’ll eat anything but brussels sprouts, yuck! And now I’m 30, and brussels sprouts are having their moment, and I’ve probably said out loud at some point in the last 6 months: “you should really order the pancetta skillet brussels sprouts, they’re the chef’s speciality” or, “I can’t stop thinking about those fried buffalo brussels sprouts with whipped blue cheese mouse from last night’s menu.” Funny how things like that work out, right? So while b-sprouts are in my culinary spotlight, I thought it would be a good time to mix up how I make them at home and tested this recipe with the intention of it being a Thanksgiving side dish. 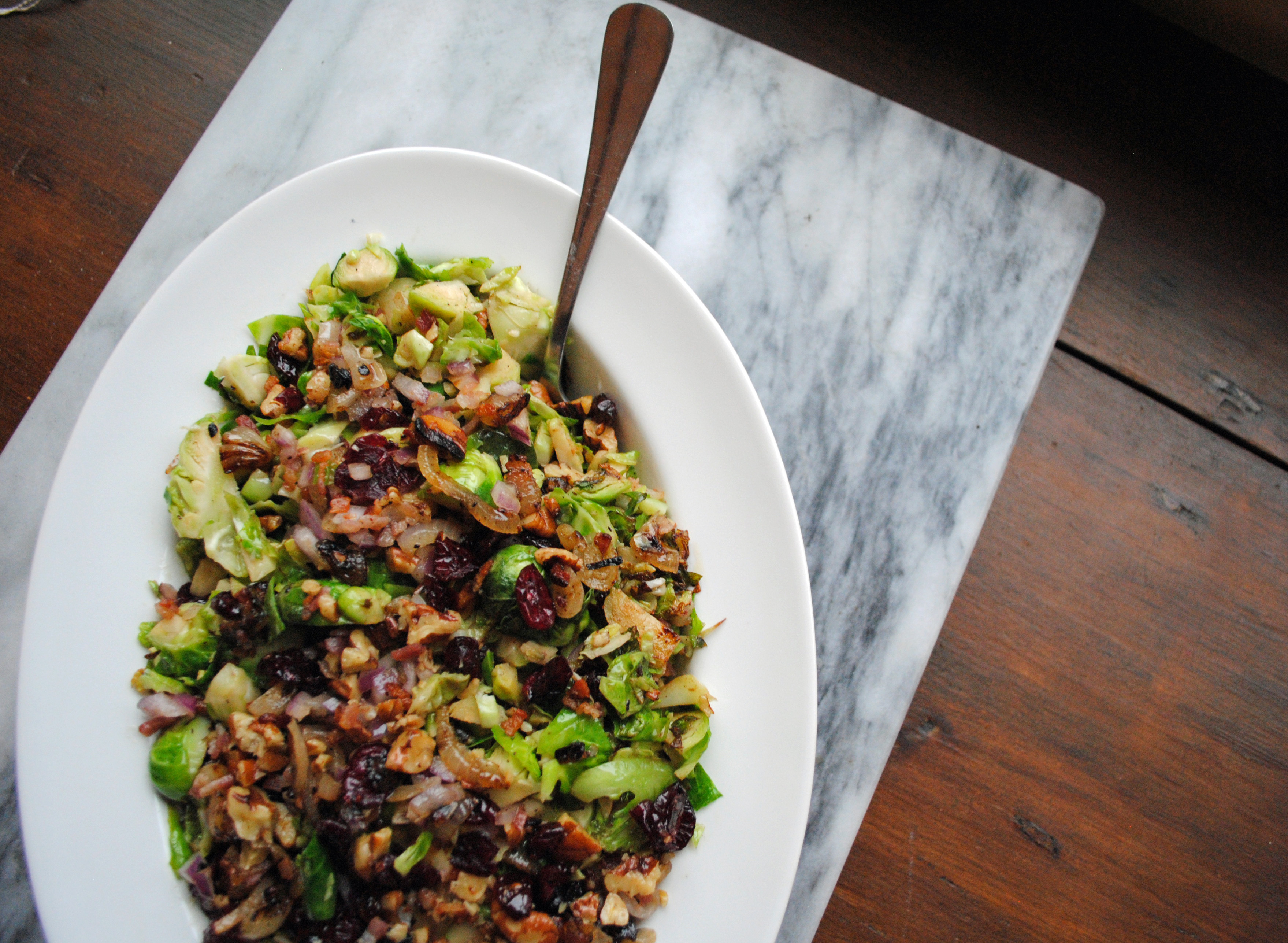 It’s *almost* a salad — a way to get a little bit of green onto my gravy-soaked plate on Turkey Day. The good thing is that you can make it all on the stovetop — it’s always smart to have dishes that don’t take up precious oven-room on Thanksgiving. The dish also tastes great served hot or cooled down to room temperature. So go ahead, make sure you eat your veggies! Full recipe below: 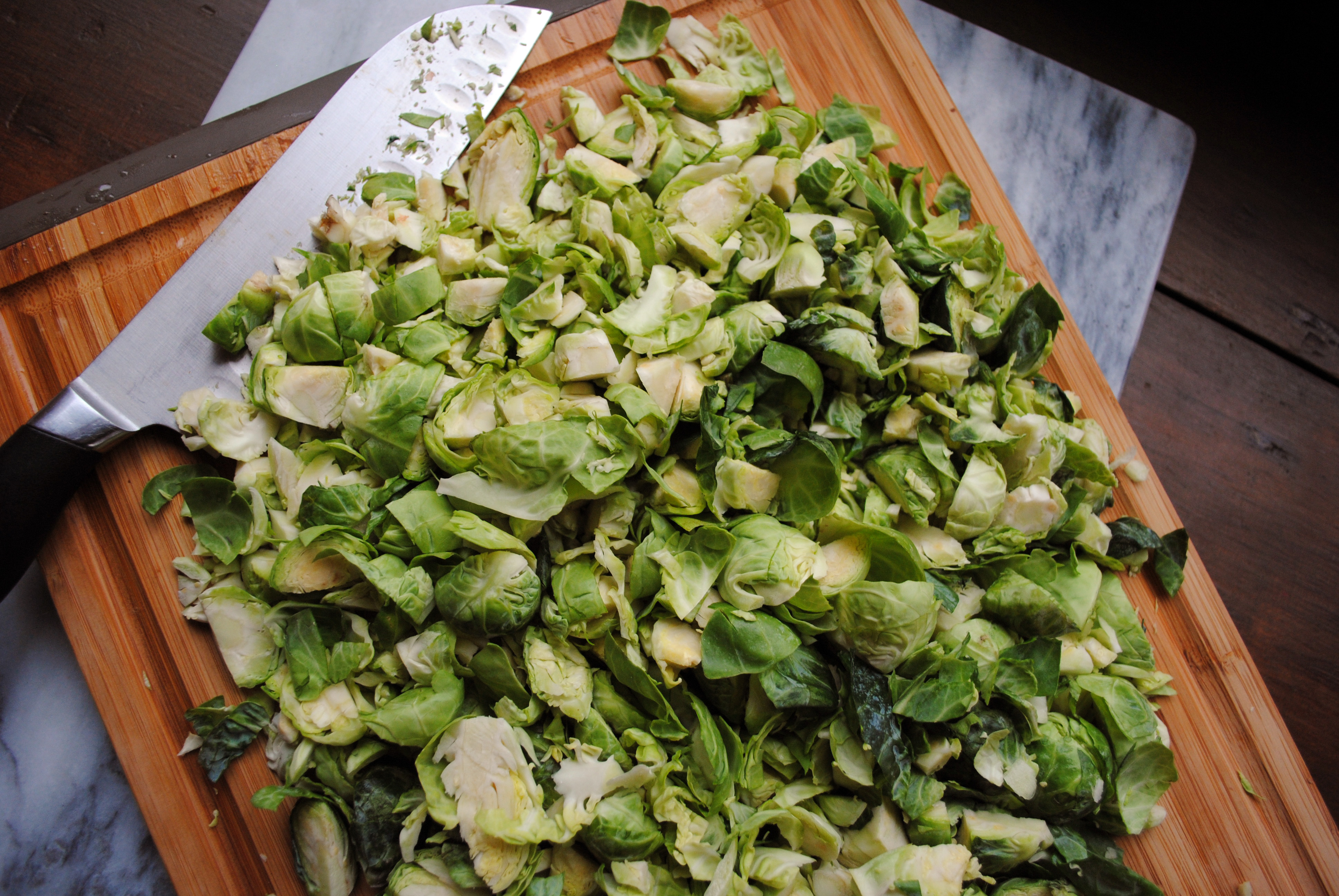 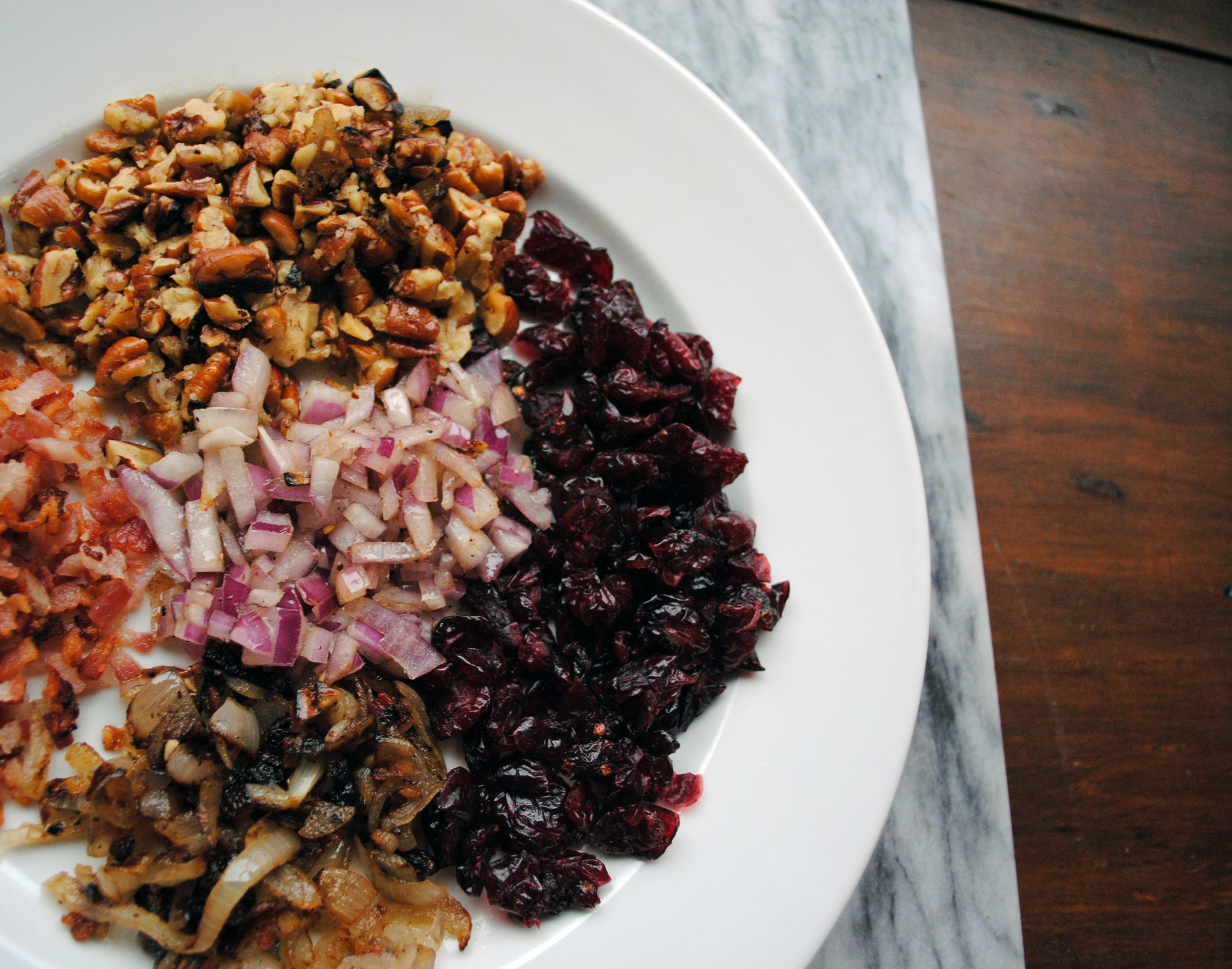 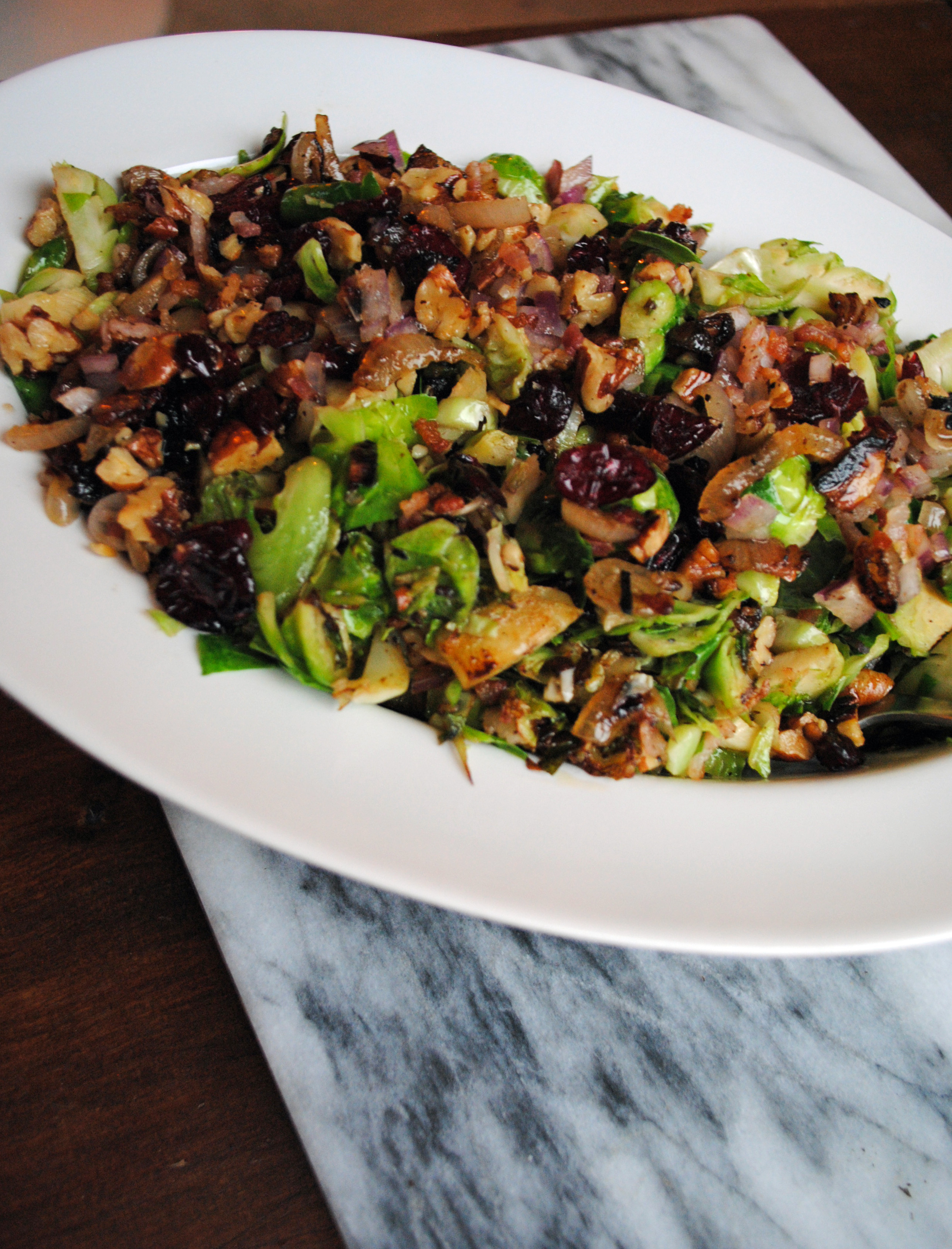 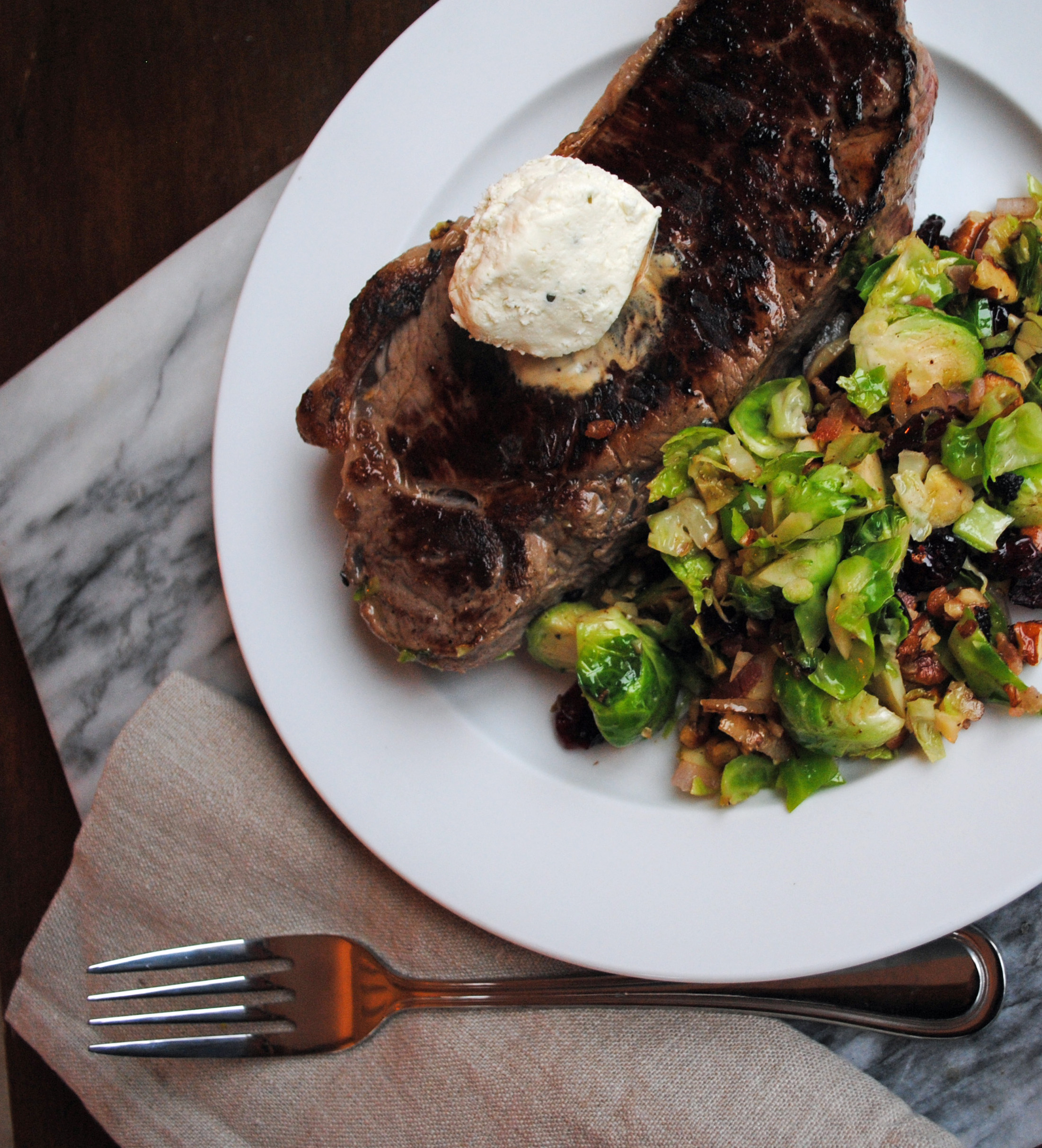