The not-so-fun parts of food blogging are the recipe-fails that happen along the way to get to recipe-successes that actually make it onto the site. I had an idea for this berries and cream baked breakfast treat all the way back over the holidays last year. I originally tried this idea as more of a french-toast casserole and I just couldn’t get the proportions right, it was too dry or too sticky or not quite what my flavor vision had been when I thought it up. With Mother’s Day coming up this weekend, and Memorial Day just around the corner, I decided to give my idea another try after taking it back to the drawing board for a new approach. I ditched the french toast technique and instead used some good ol’ fashioned Pillsbury biscuit dough baked like a monkey-bread in a bundt pan. I layered some of the berries and cream cheese in the middle of the little cinnamon-sugar biscuit bites and then finished it off with a fluffy cream cheese frosting topping and more fresh berries. It took me 6-months to get it right, but the testing was worth it! Scroll down to get the full recipe: 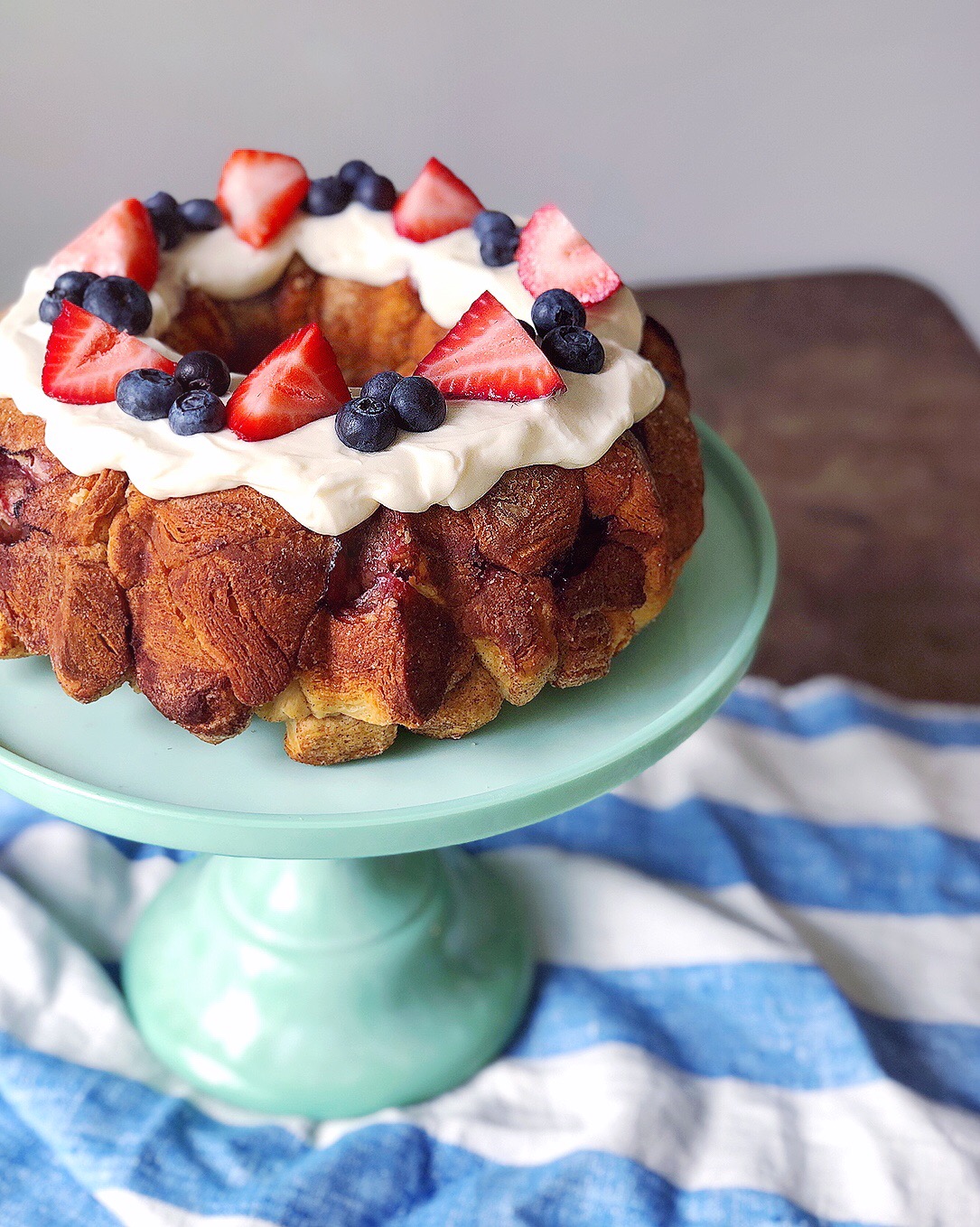 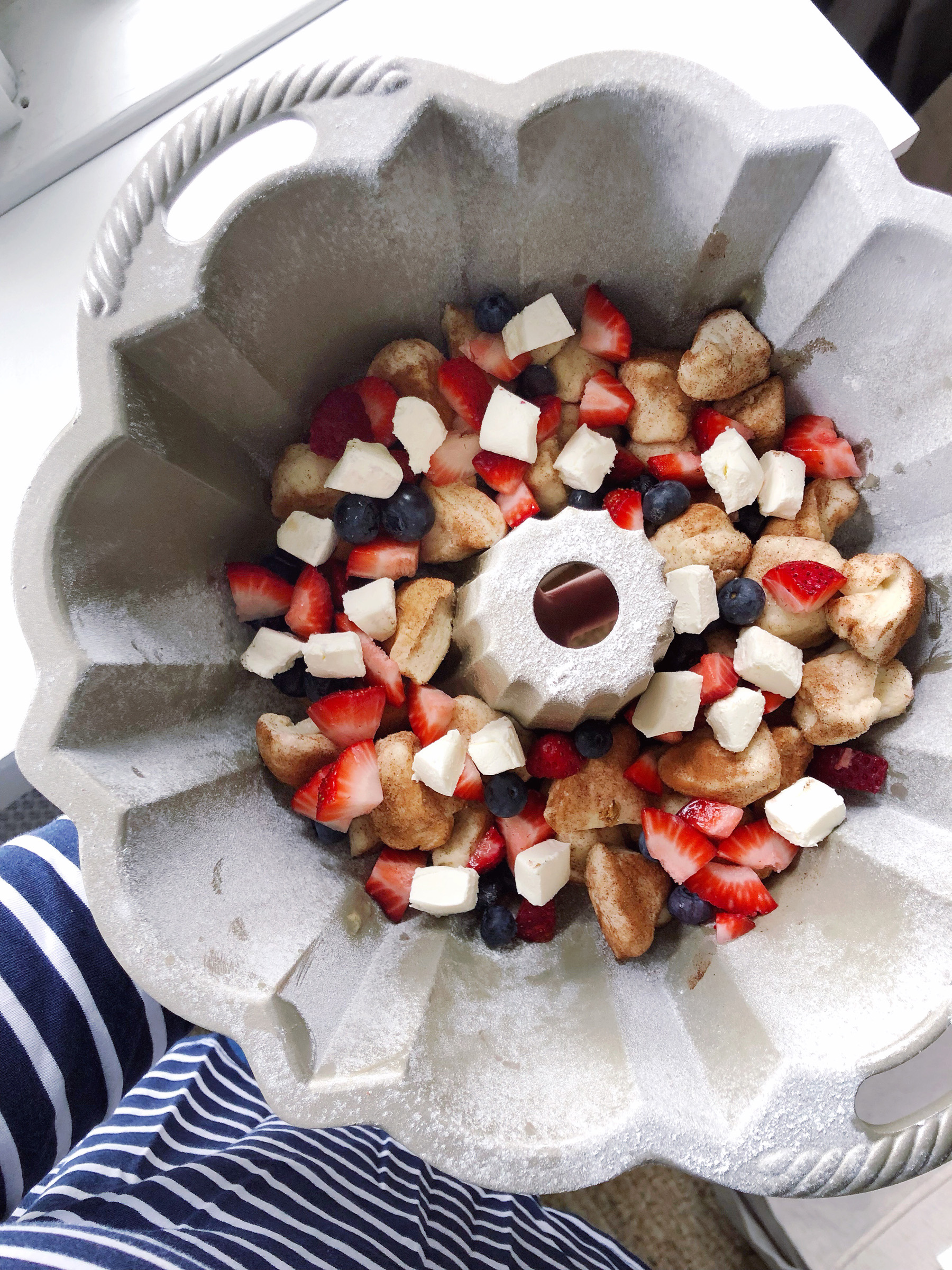 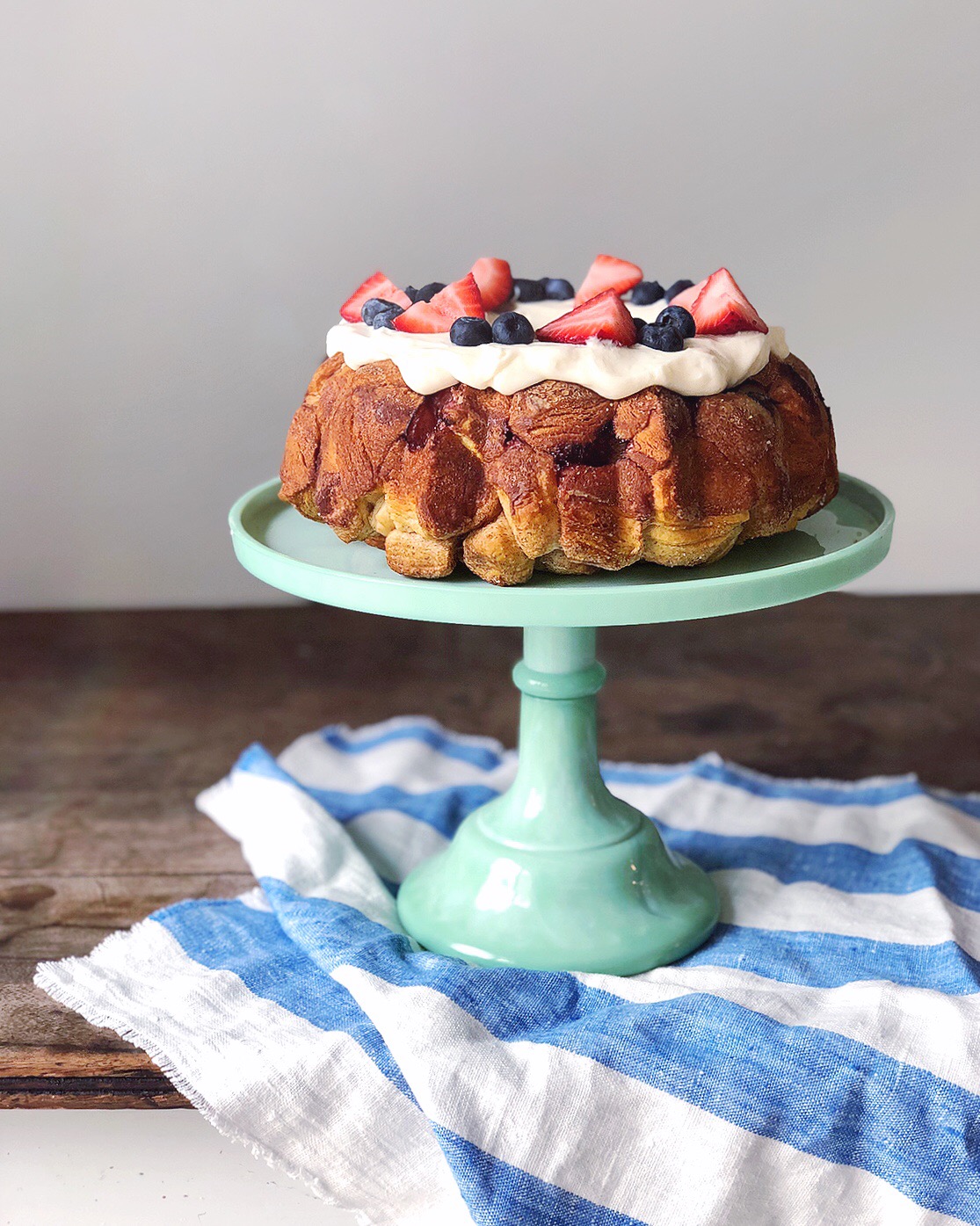 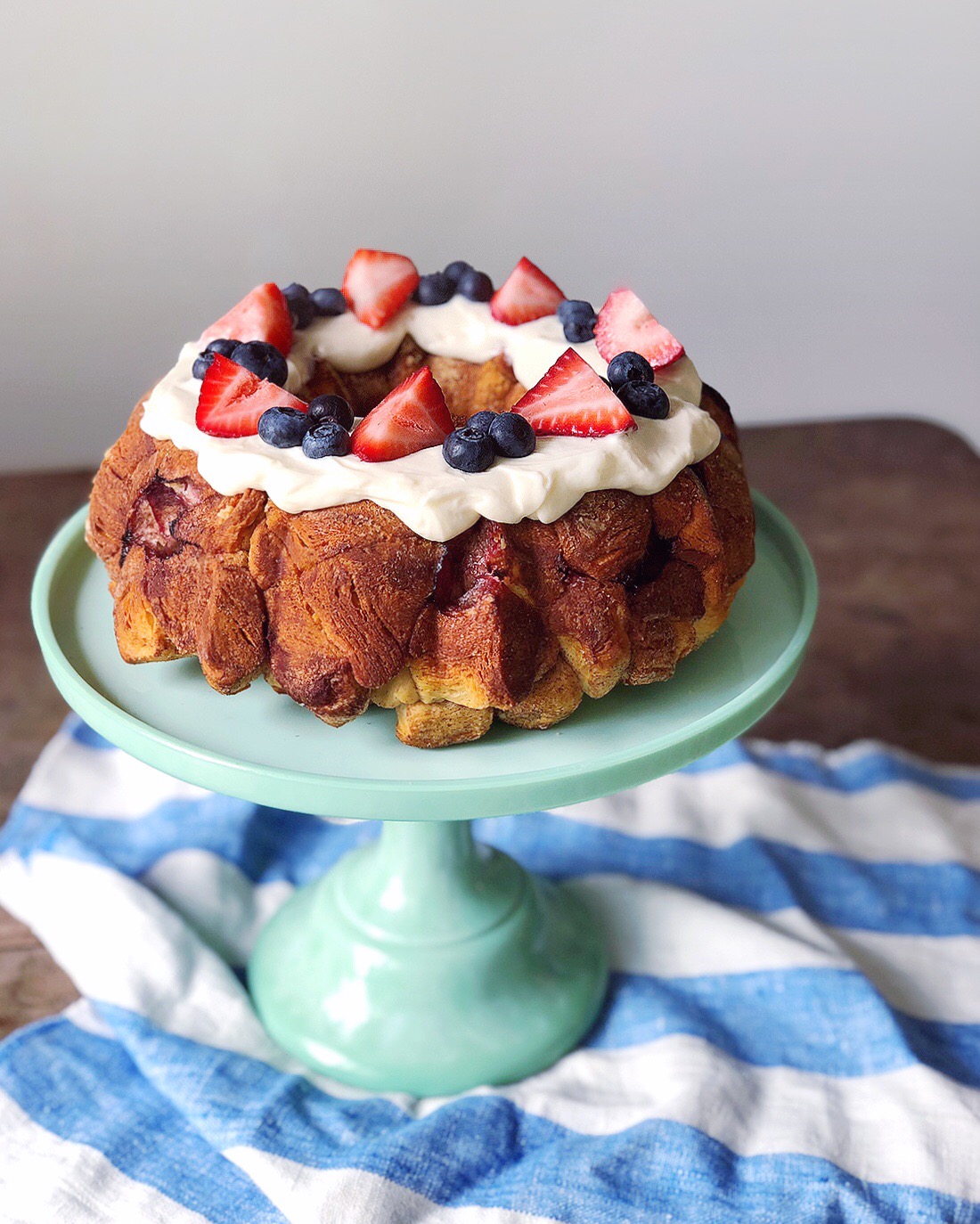 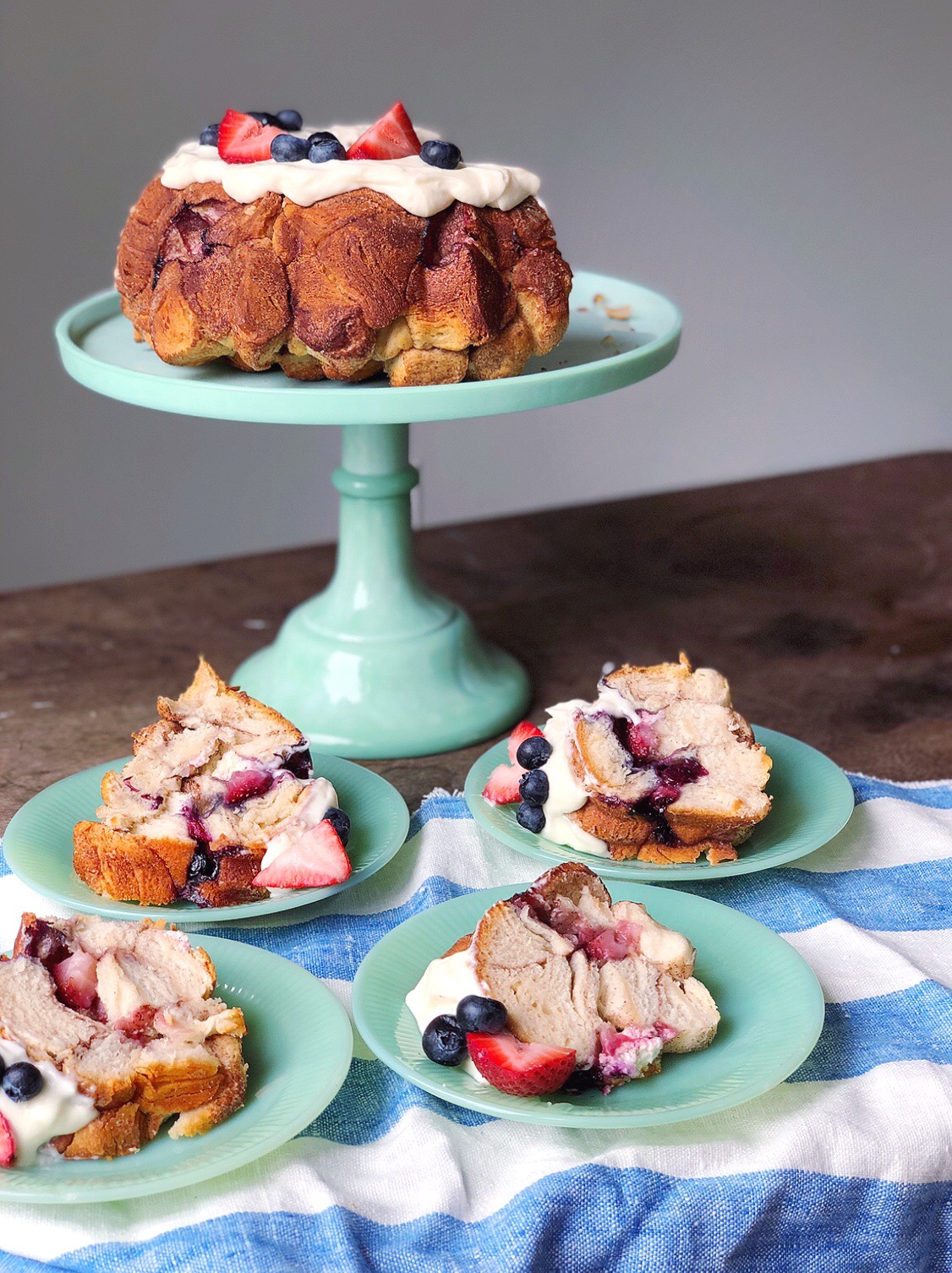