The reality of having a newborn means that most mornings I’m waking up to some cute little baby cries and need to throw on my glasses and slippers get to feeding her before a meltdown ensues. If I’m super lucky, my husband has already made the pot of coffee and I’ll grab a mug before the baby squeaks turn to screams. I’m usually starving when I wake up (feeding this kid has made me more hungry now than I ever was while pregnant!) so I have gotten into the habit the past few weeks of grabbing a granola bar to eat quickly during that first feeding of the day. It’s easy to grab and I can eat it one handed, so it’s the perfect snack to curb my early morning stomach grumbling. 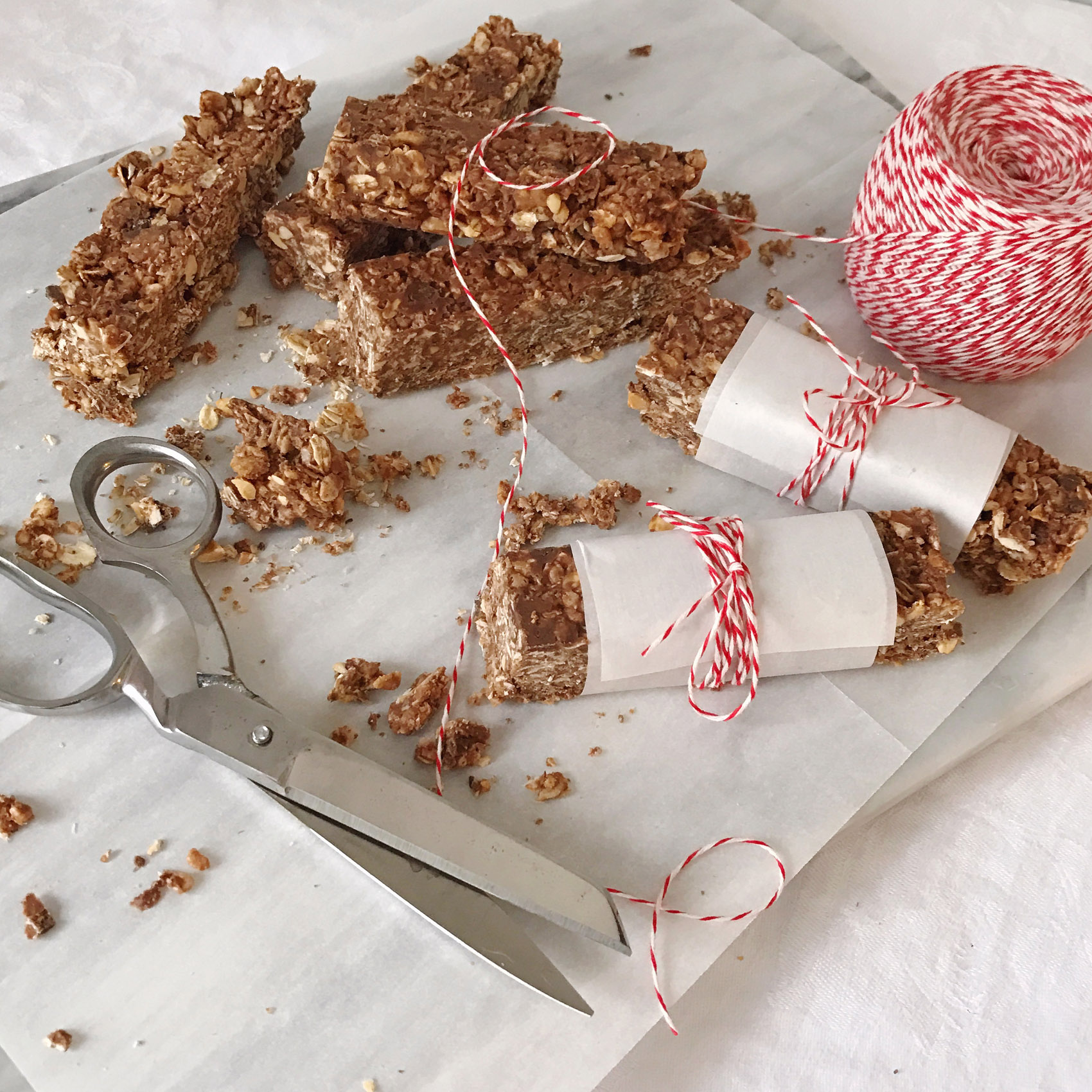 I was eating so many of them though that I realized how much junk was in the store-bought versions I was eating and thought I should tackle making some on my own. I’m kicking myself now that I didn’t think of this earlier, because they were so darn quick and easy to make (maybe 5 minutes of prep, and 1 hour to set up in the fridge). They also taste much better than the store-bought versions and with all of the peanut butter and nuts in them, they’re much more filling too. With the base recipe down, you could mix in peanut butter chips, other types of nuts, or some dried fruit to change the flavors. They’re going to be my new go-to morning snack — get the simple recipe below! 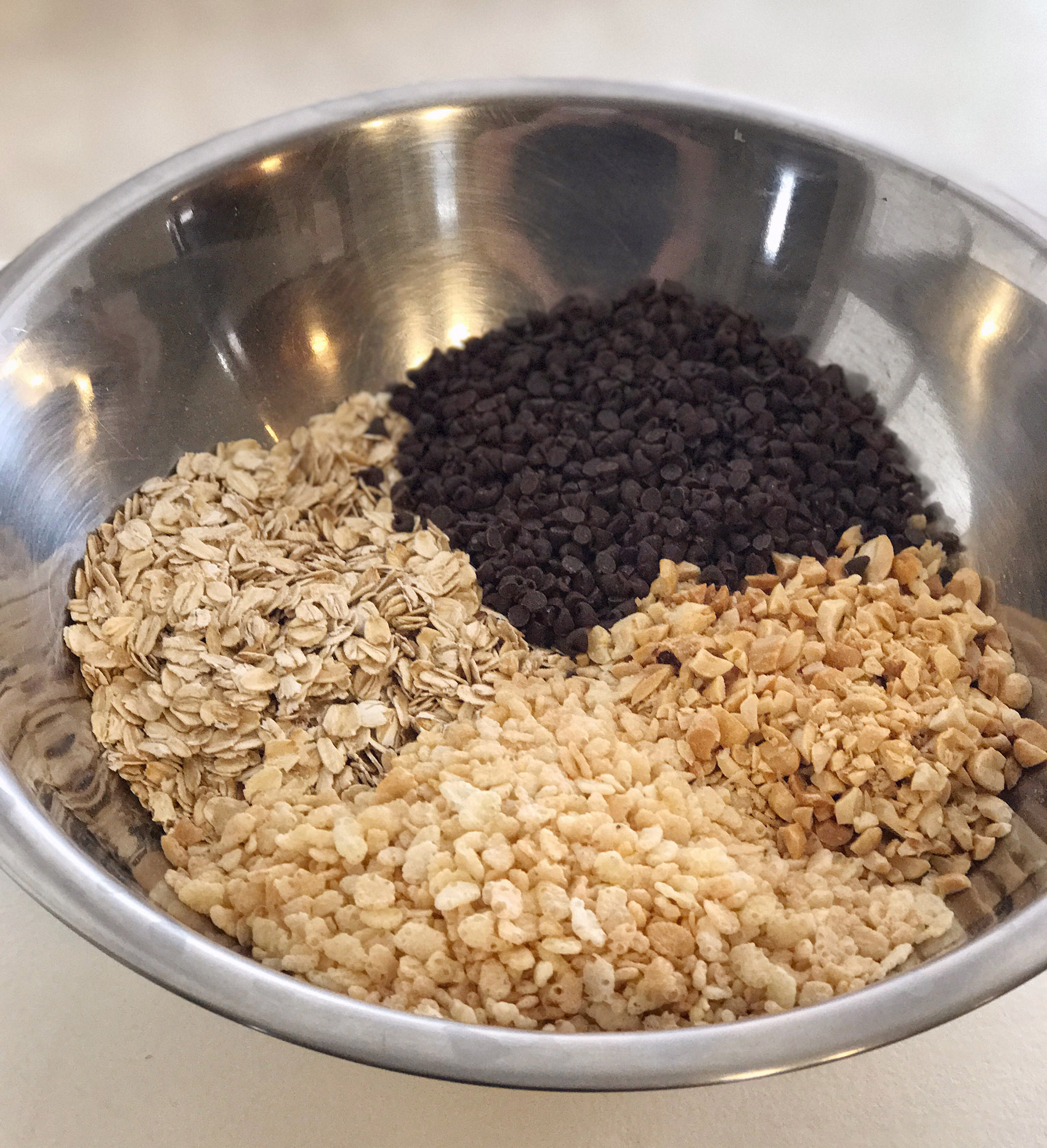 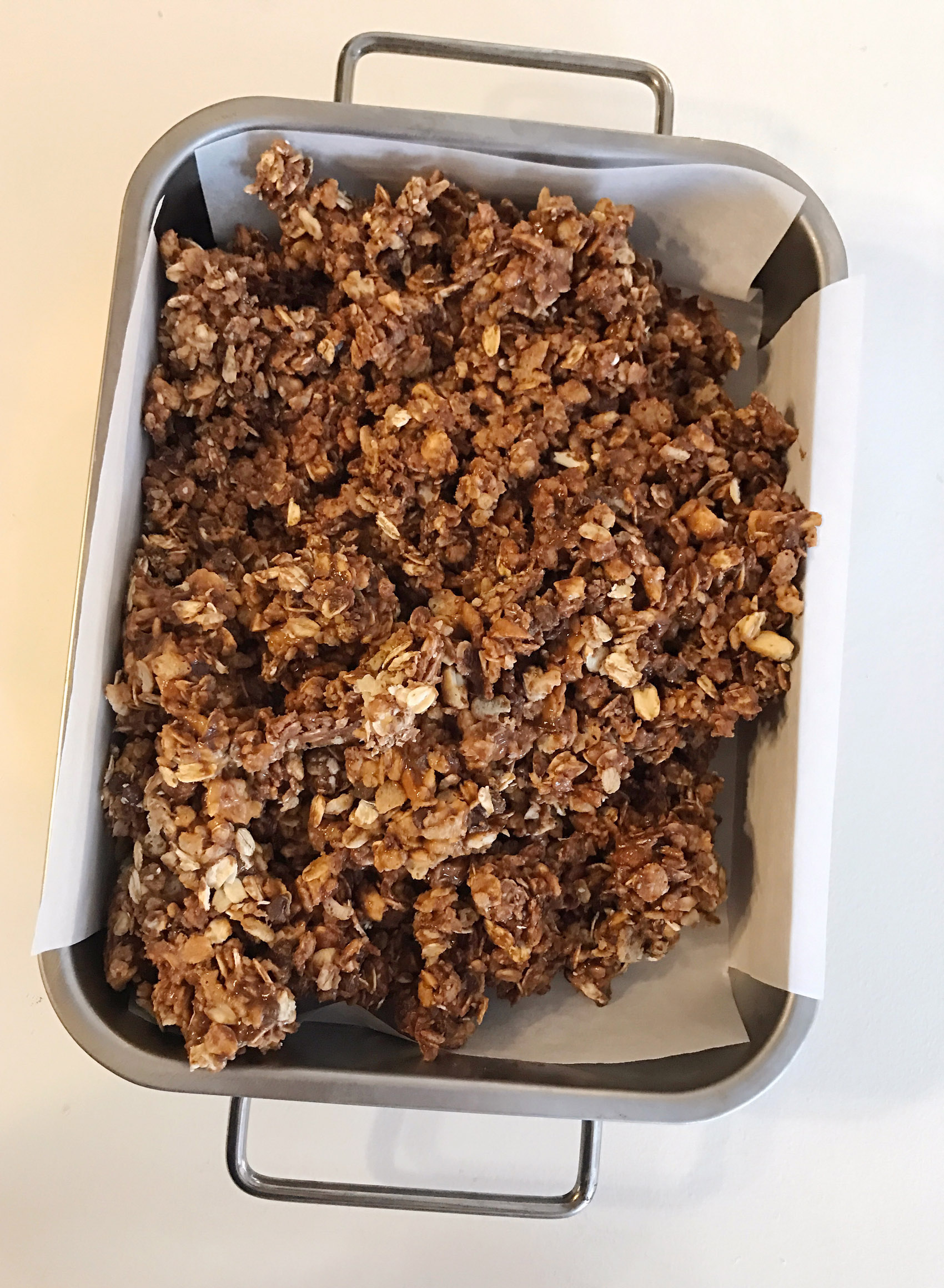 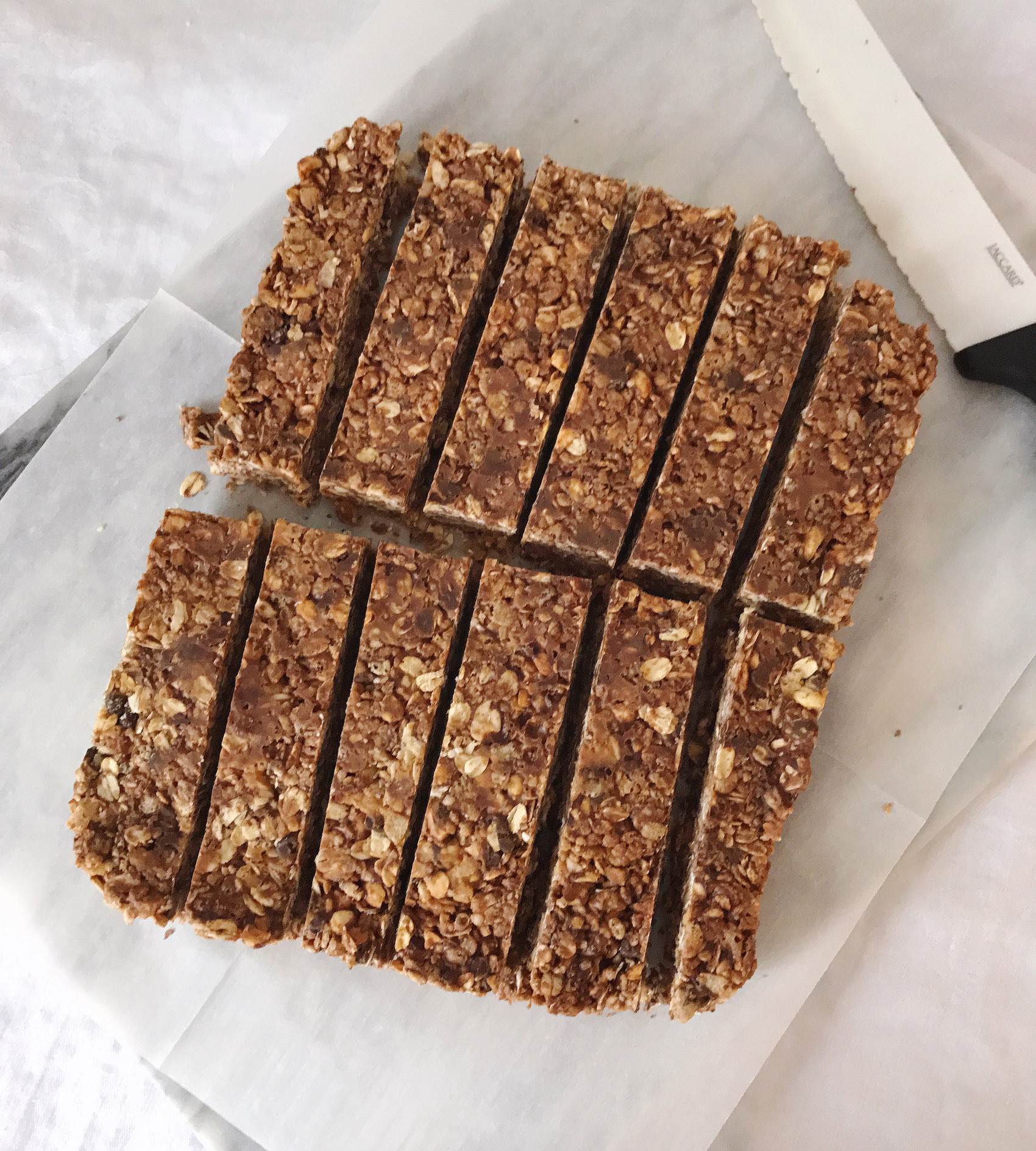 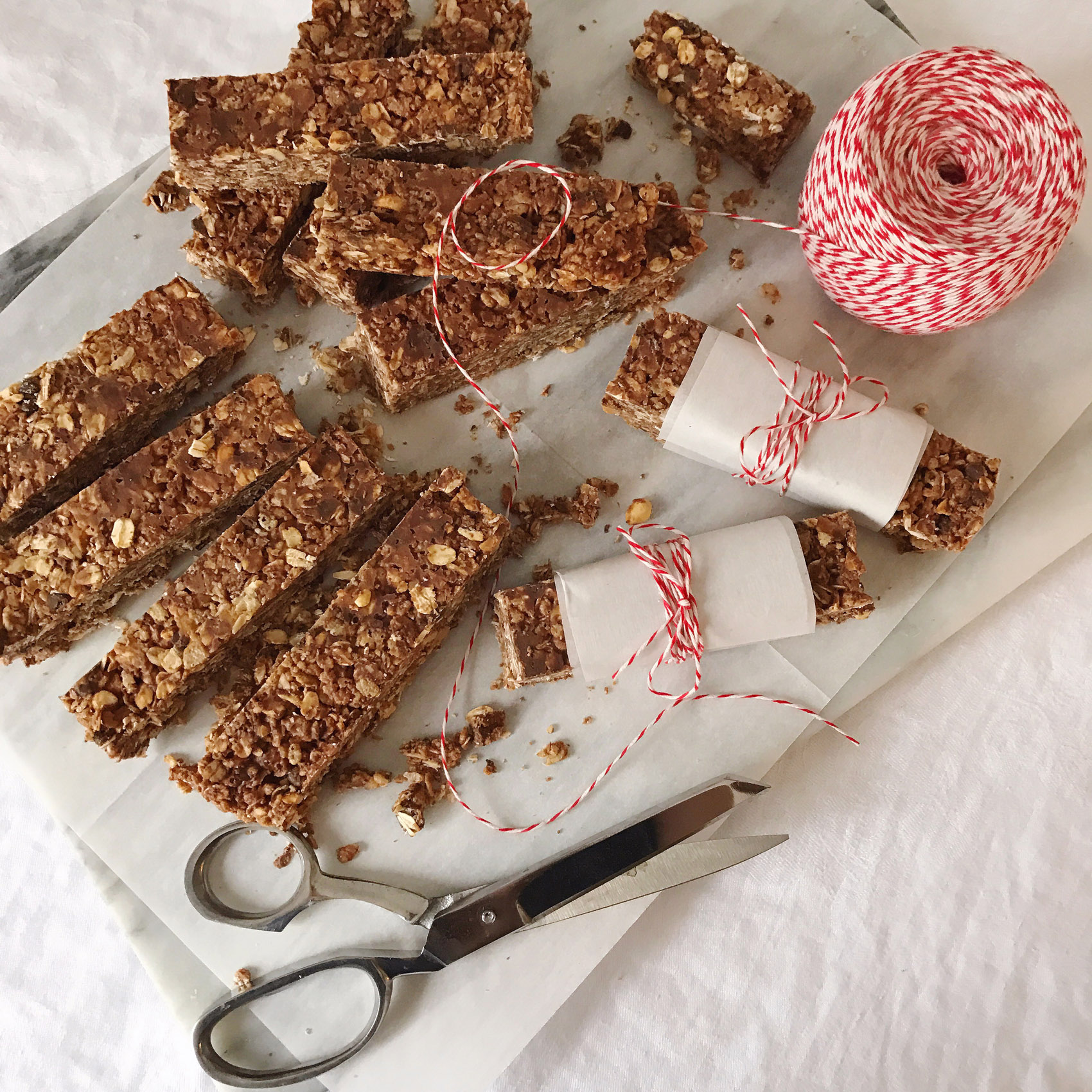 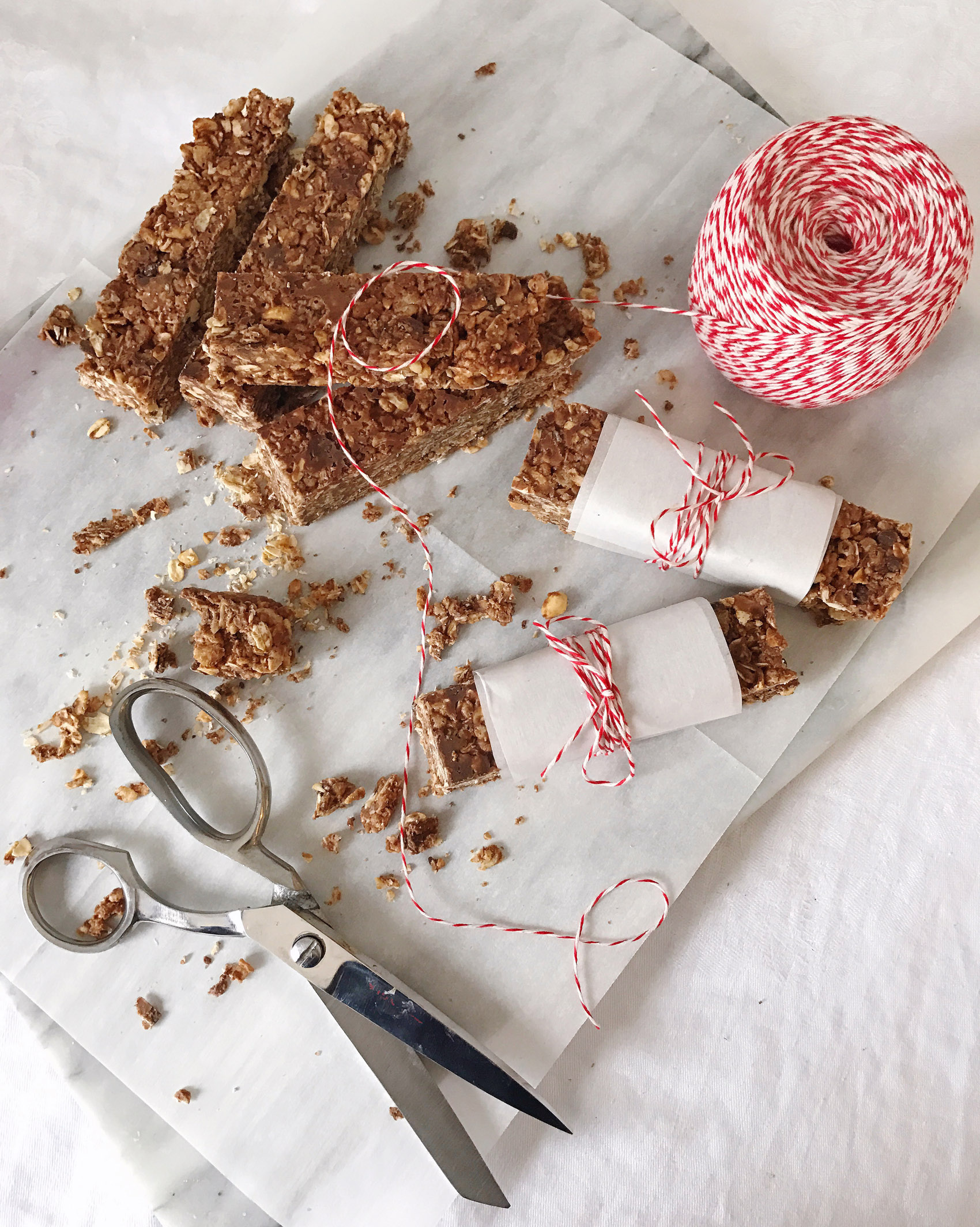