When I visit my parent’s house in New York, I always offer to do the dinner shopping because of their beautiful local grocery store. My mom laughs because whenever she asks me what I’d like for dinner, my response is always the same — let’s go to the store and get inspired. Looking at the ingredients is the best way for me figure out the answer to that question! On a recent trip, I was eyeing some fresh burrata at the cheese counter and tons of giant, colorful heirloom tomatoes. An idea sparked to mix up the tomatoes into a fresh, juicy panzanella salad with crispy bits of toasted Italian bread and bright herbs. Then I stuffed the panzanella into some of the larger tomatoes for serving and topped it all off with fresh, creamy burrata. It was a perfect dish to serve for lunch, or a side dish with A+ presentation for dinner parties. I even used some of the leftover marinated tomatoes and burrata and tossed them with warm pasta the next day for another delicious meal. Get the full recipe below! 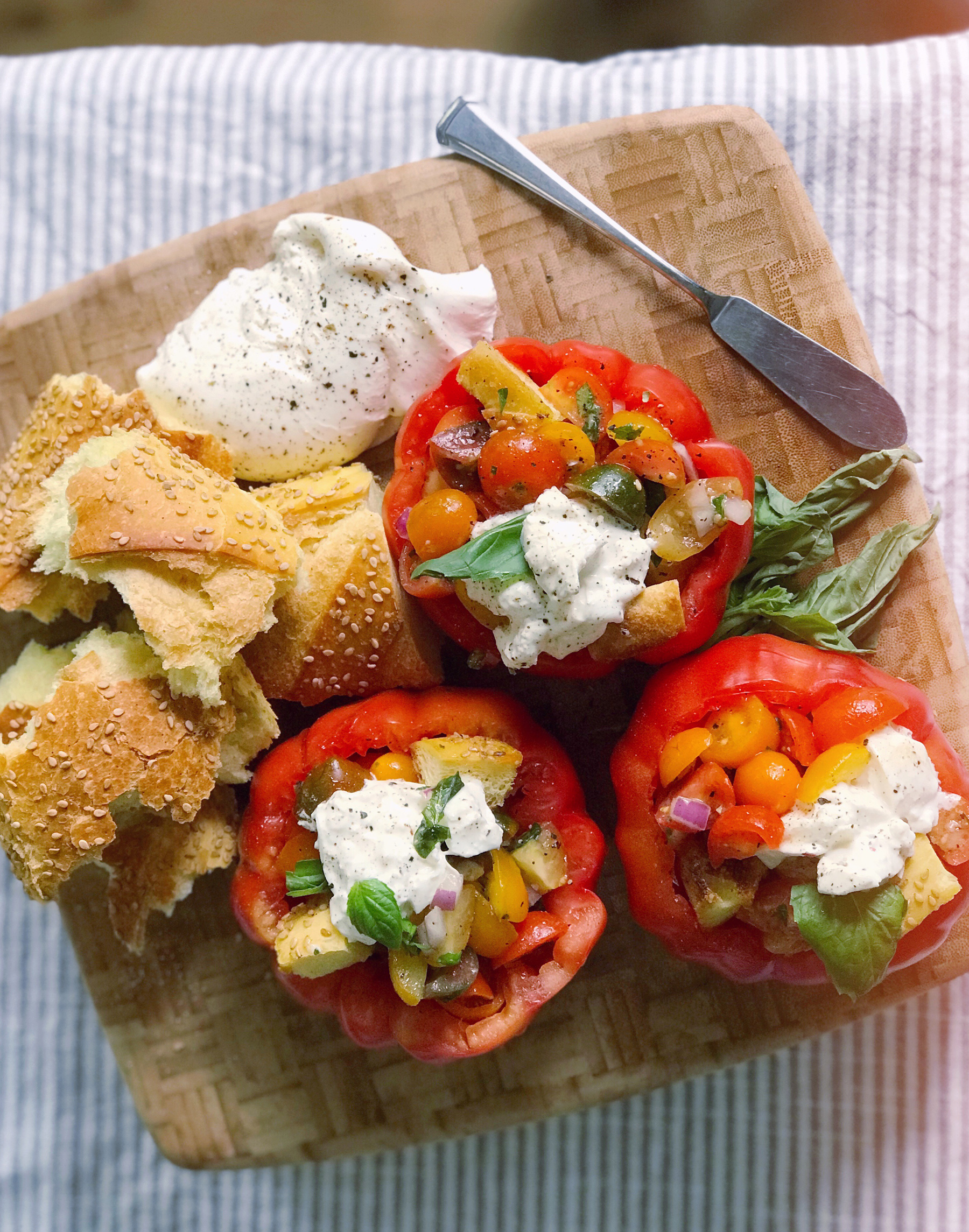