I proclaimed to my family that after tons of work events and big projects this past week that I’m in desperate need of an “introvert night.” All I want is some cozy jammies, a rolling fire in the fireplace, a full DVR, and a delicious cocktail I can sip on while not talking to anyone. It’s a tall order for this time of year when our schedules are so darn busy with the beginning of the holiday bonanza but know I can check one item off that dream list though, in the form of this delicious cocktail that’s perfect for the late fall. It’s a Bourbon Ginger Pear Punch, and it packs some serious flavor into a glass. 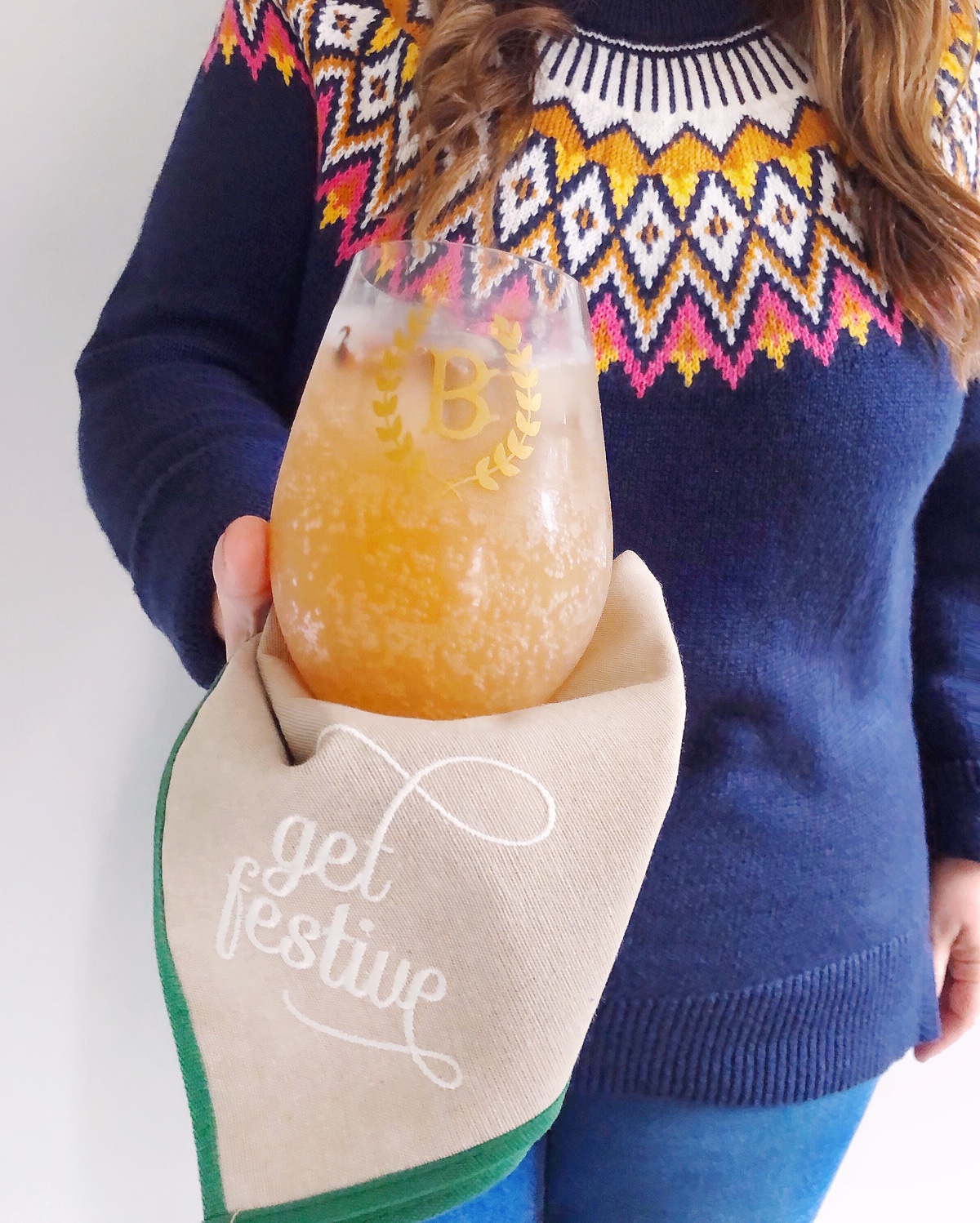 I simmered pears in a simple syrup with some fragrant cinnamon sticks, and then put everything in a big pitcher to chill once the juices released from the fruit. Then I added some bourbon (my favorite choice for this time of year), pear juice, and fizzy ginger beer to the cinnamon-pear syrup. Leaving the cinnamon sticks and pear slices in the pitcher gives it almost a sangria-look! I love how fragrant the drink turned out, you can smell the season just holding the glass in your hand. And speaking of the glasses, my friends at Stitched Needham shared these monogrammed glasses and personalized napkins with me for the holidays — they’re as festive as they say! Scroll down for the full cocktail recipe, and cheers! 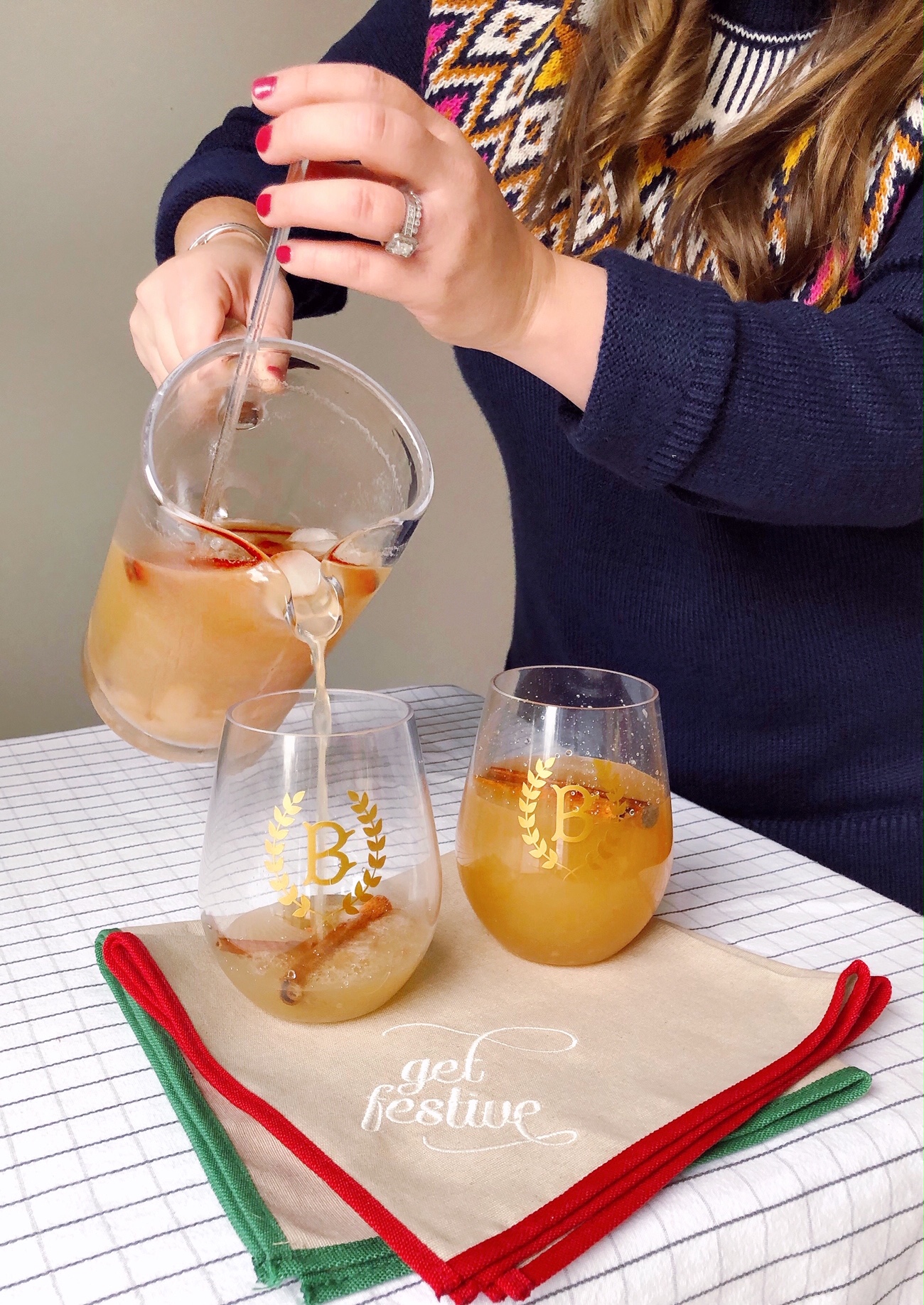 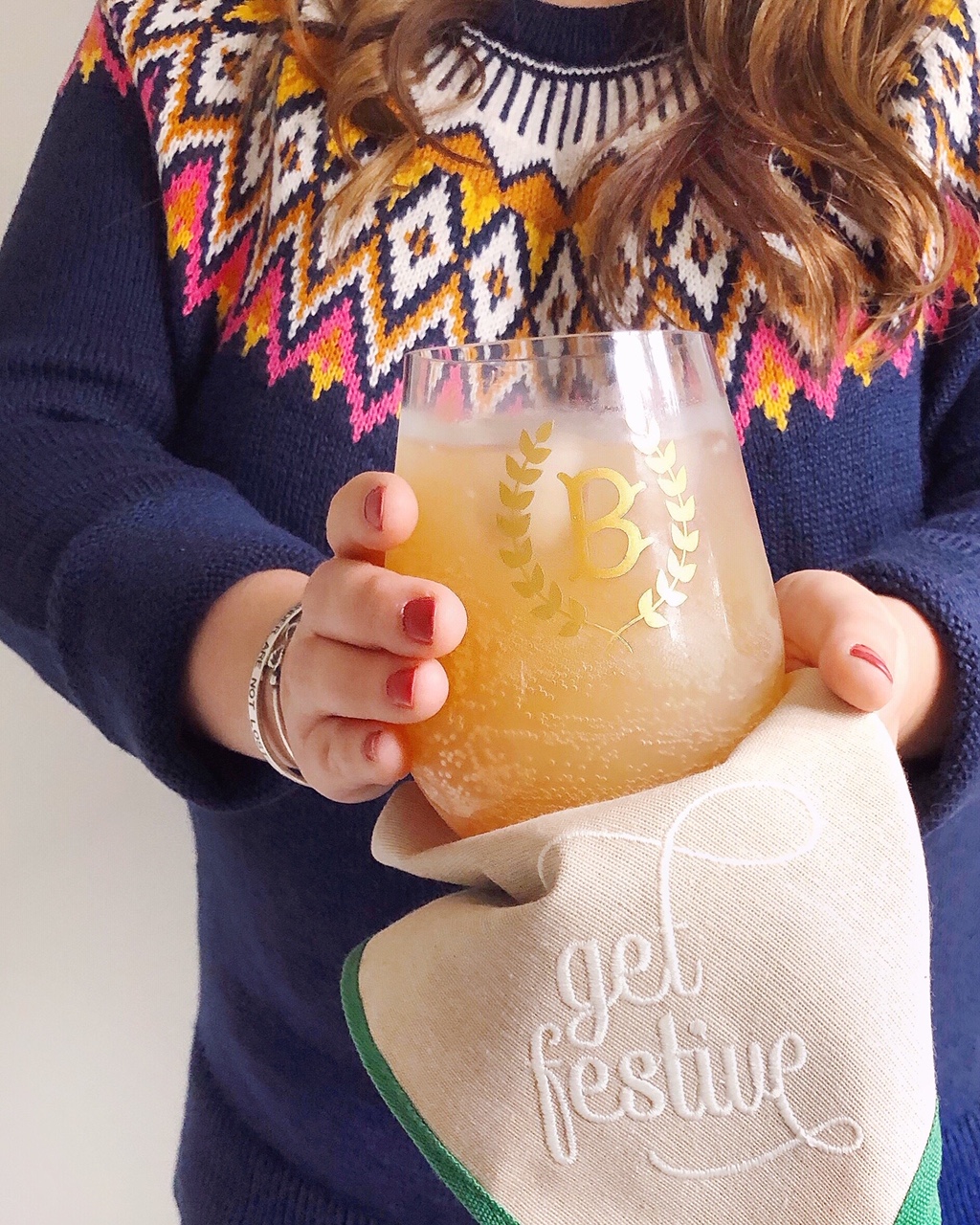