It’s Elf on the Shelf season! I have a soft spot in my heart for the little guy and get a kick out of thinking up silly scenarios for him. Last year I snapped pictures of all of best elf-antics and have over 20 Elf on the Shelf ideas to share to keep you inspired. My best advice for doing the Elf on the Shelf is to start small – the first year I only did it for two weeks before Christmas, not the whole month – and have fun with it. Sometimes the simplest set-ups have been the ones that garnered the best reactions! 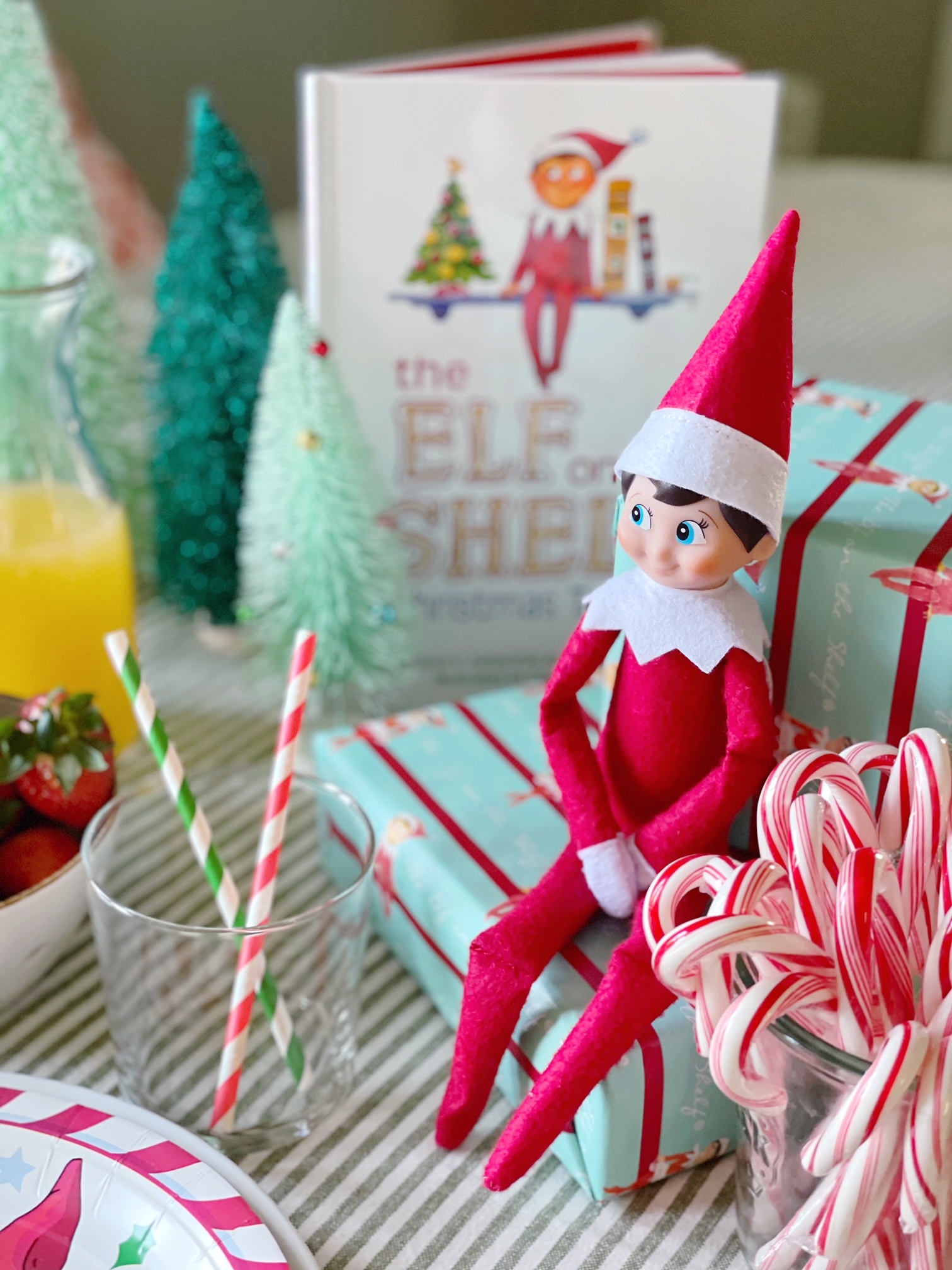 The first year we did the Elf, I set up a breakfast with Elf on the Shelf plates and napkins, and we made red and green tinted pancakes with Christmas sprinkles! I kept the rest of the plates and napkins to use again this year for another surprise. It’s worth mentioning that this set up is totally over the top but it was in partnership with a client I worked with las year, so take my extra-ness with a grain of salt! 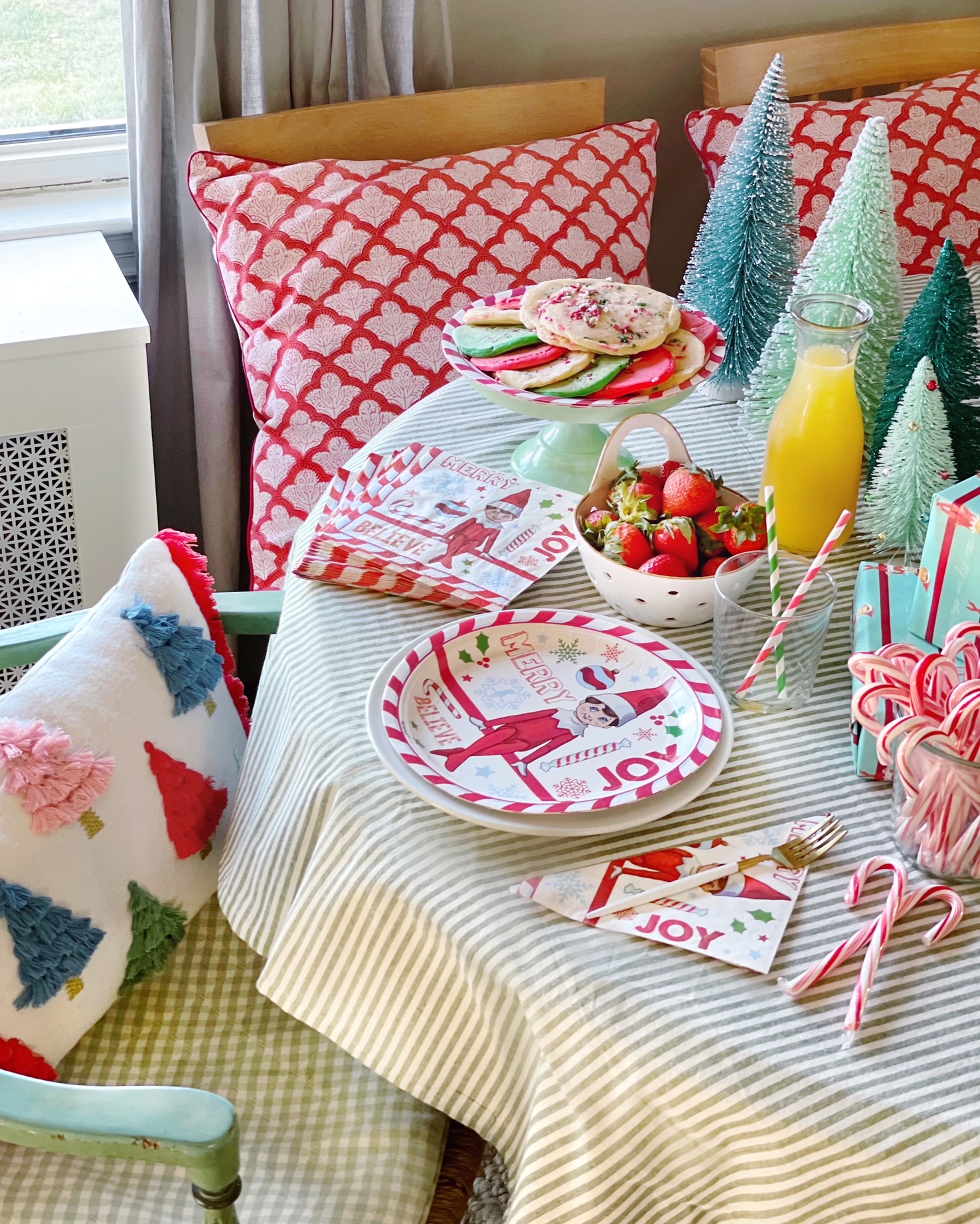 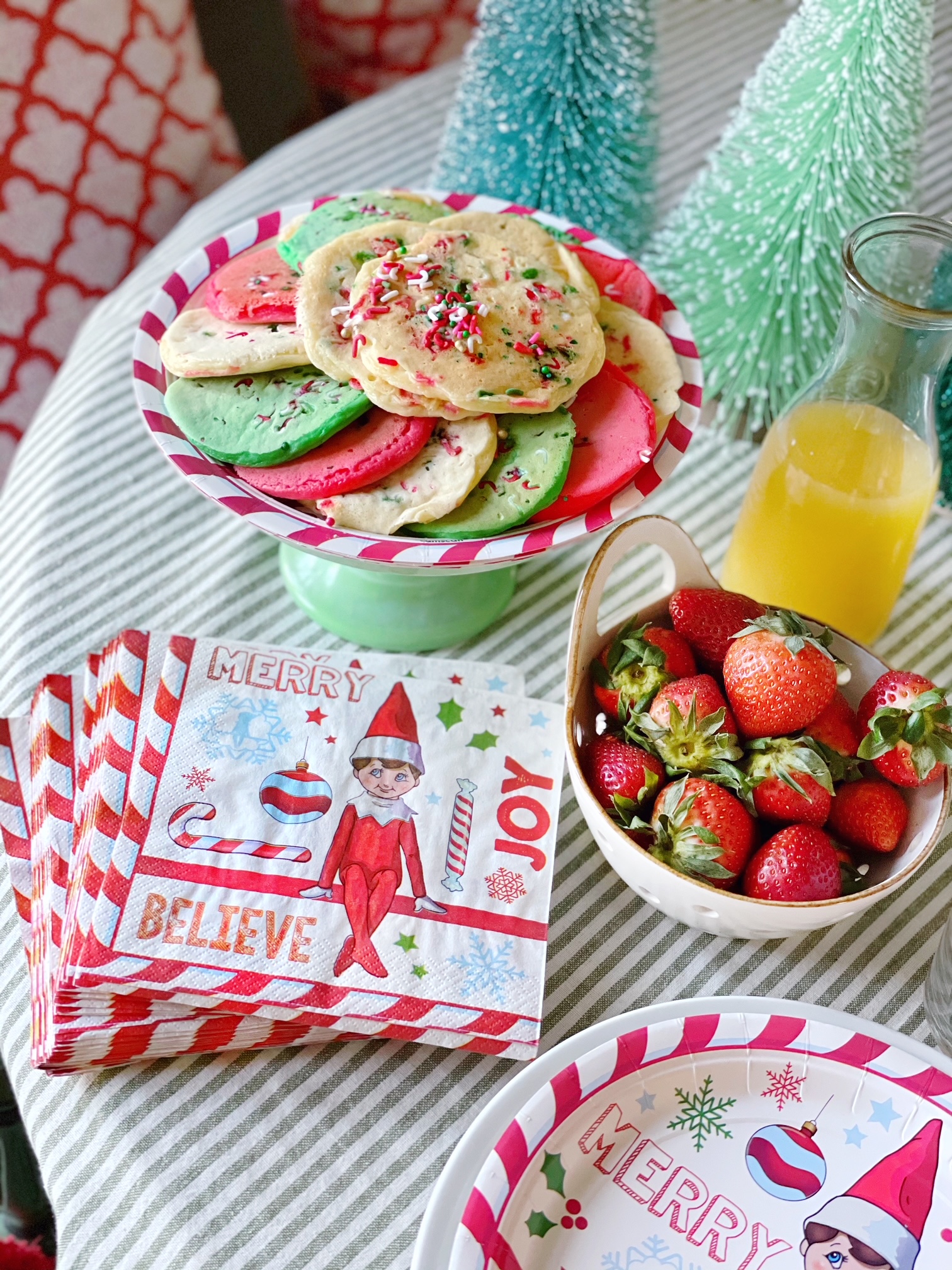 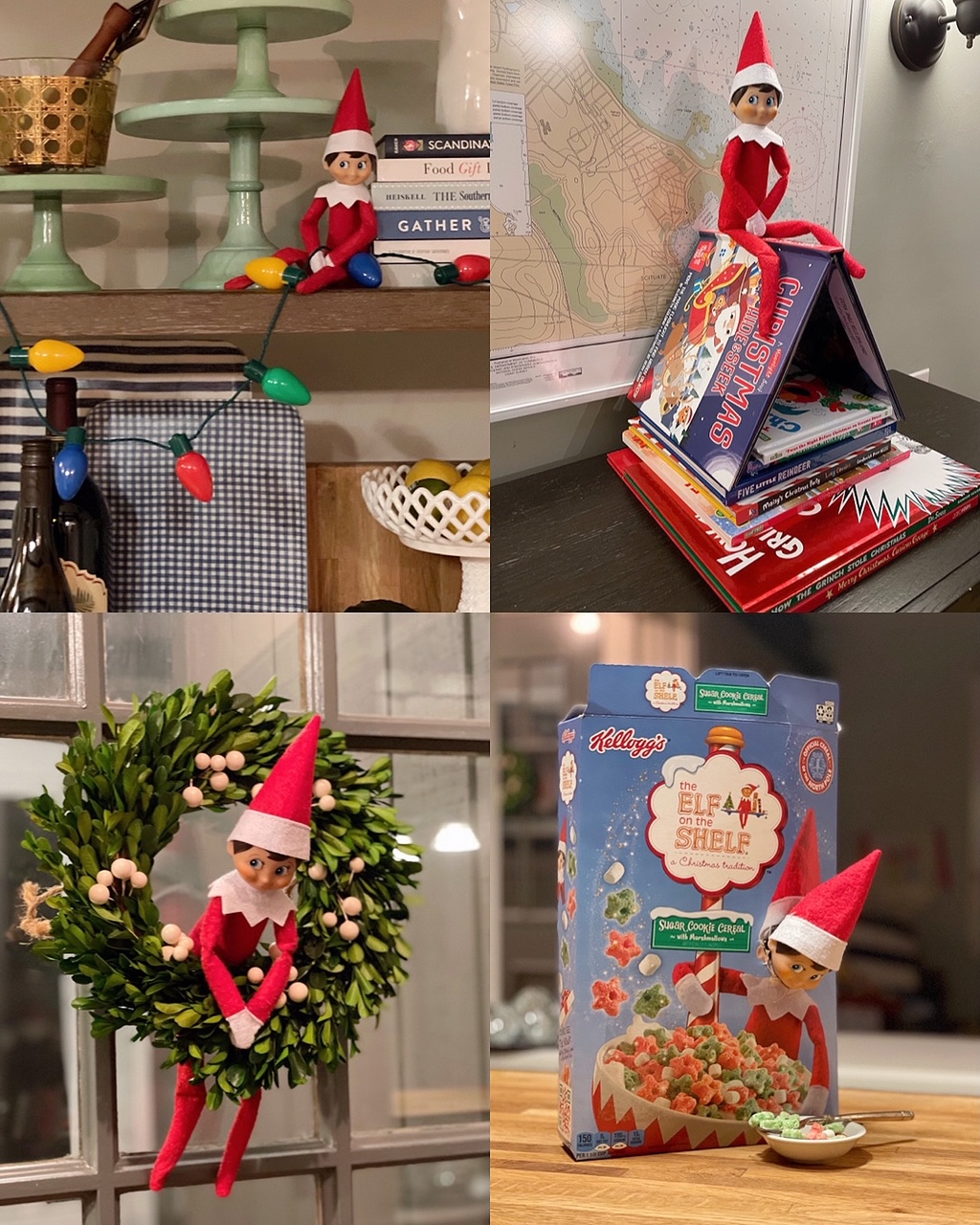 On one of the first few nights he arrives, he brings all of our Christmas books out of storage – last year he made them into a house and this year he was reading one in a cozy spot on the couch. Another memorable Elf-moment was when we found the Elf on the Shelf cereal and he poked his head through the box where his face was illustrated. The cereal itself was a major treat that we talked about long after the holidays were over! Our Elf also hung up Christmas lights on a bookshelf, and got stuck inside our Christmas wreath! 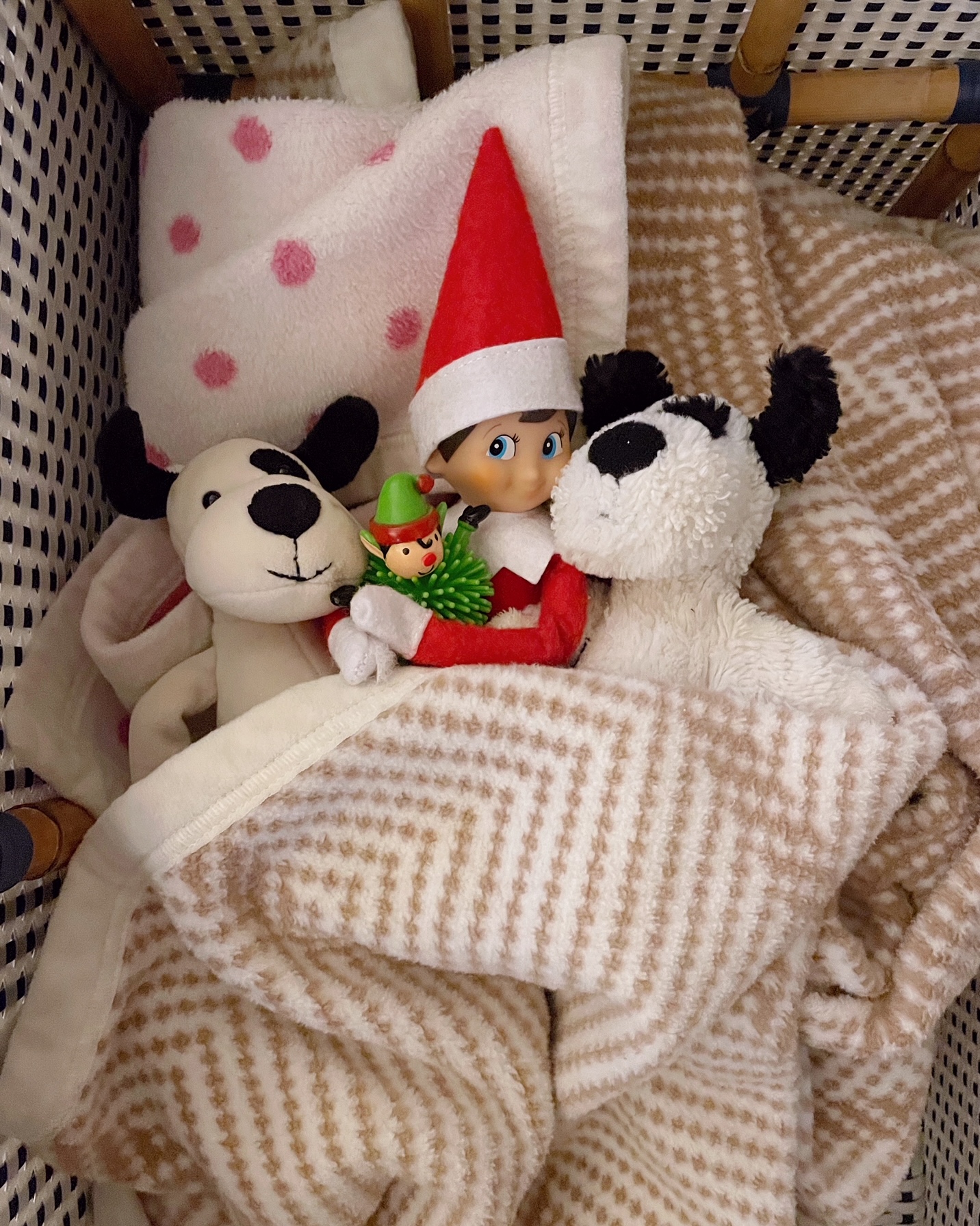 One of our favorites this year was finding our Elf snuggled up with some favorite stuffed animals in a pile of blankets; he was holding a teeny-tiny elf toy like it’s his own stuffed animal. 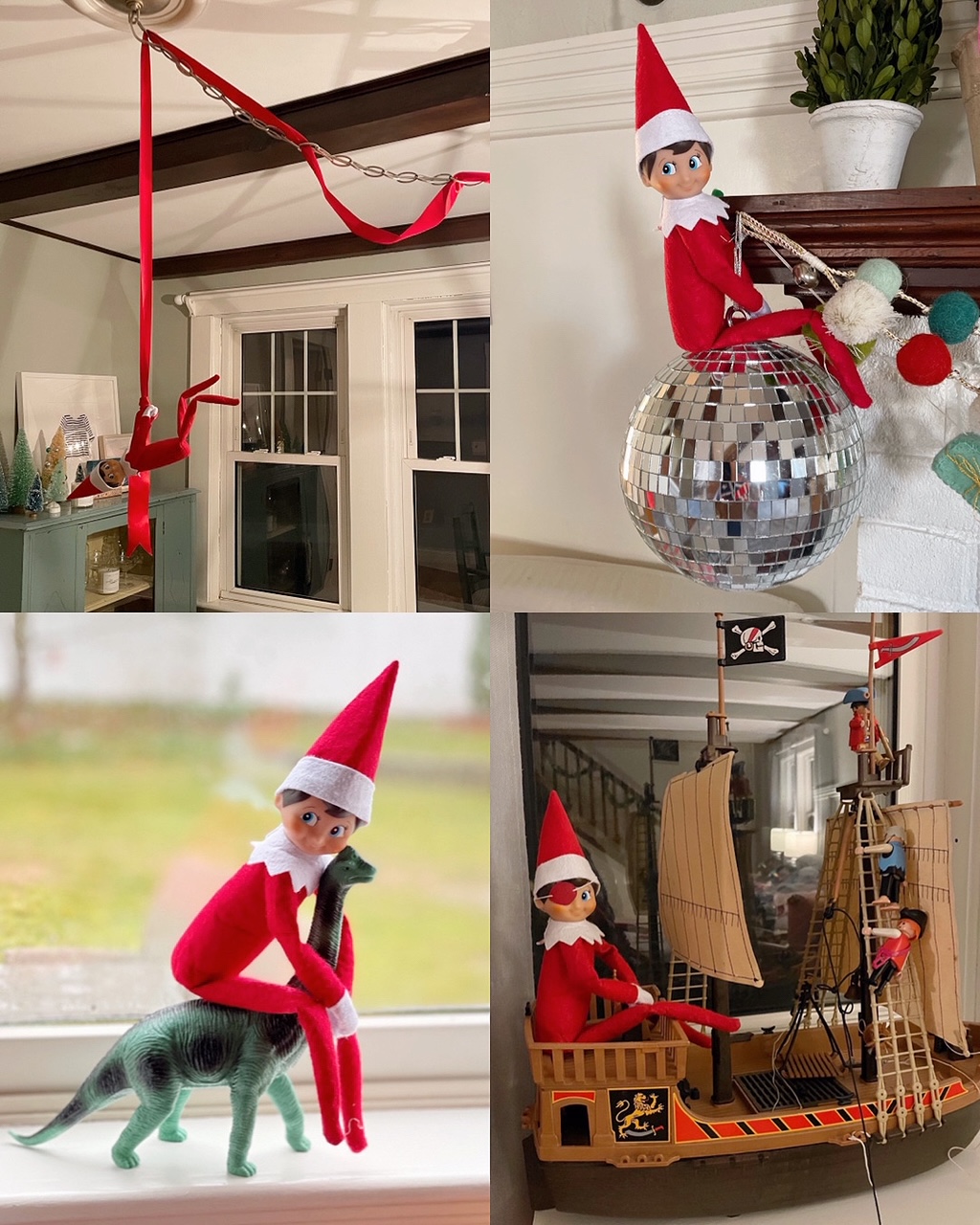 The Elf on the Shelf wove some red ribbon through our chandelier chain and found himself hanging upside down; he perched on a disco ball he hung up near our mantle, and rode one of our dinosaur toys. I made a teeny-tiny eye patch for him and gave him the wheel of our playmobil pirate ship too! 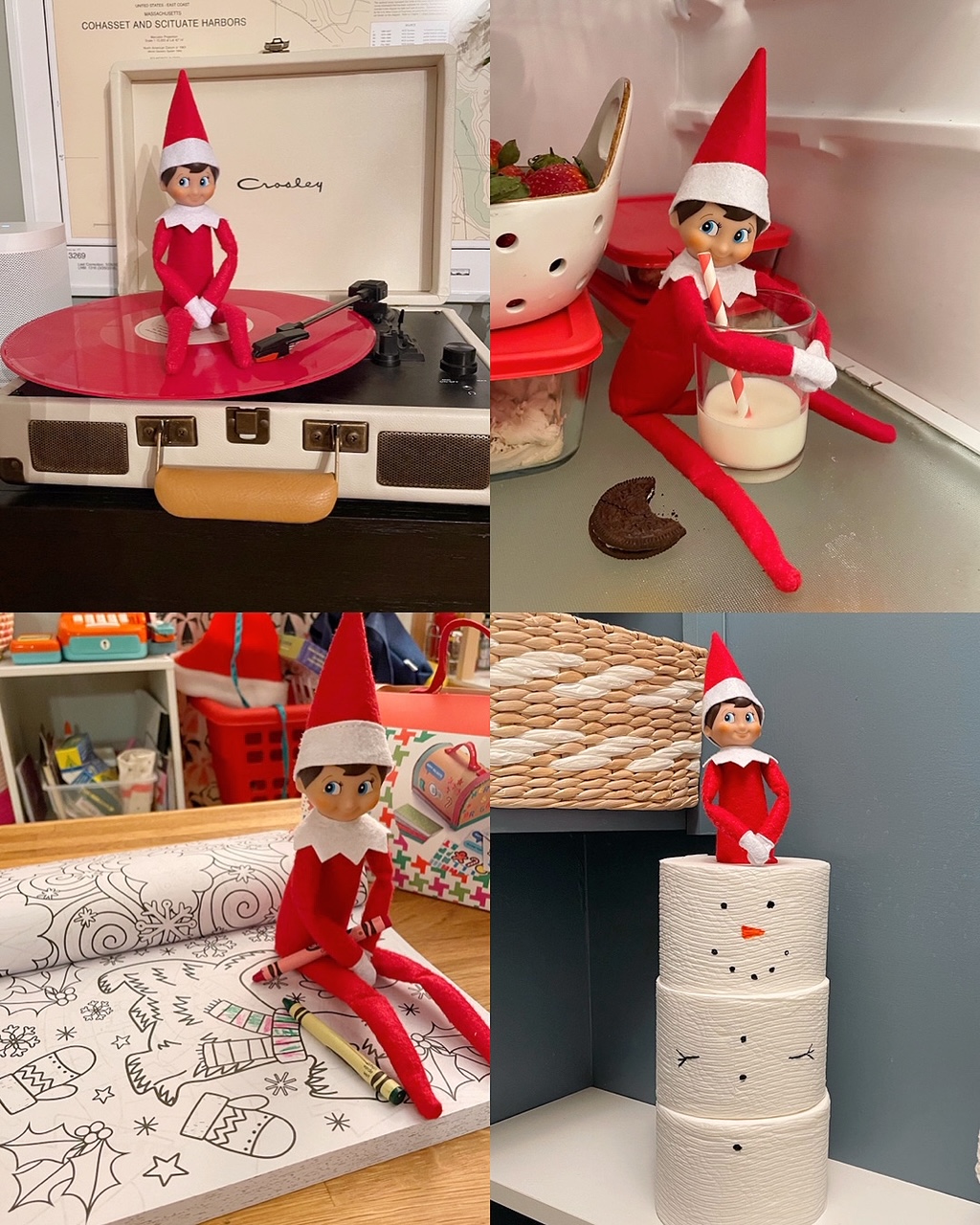 At Christmastime we bring out our holiday vinyl collection, and the Elf on the Shelf took a little spin on one of our festive records. One of the funniest reactions we got was when the Elf hid inside the fridge with a glass of milk and a cookie. The Elf also colored in our coloring books with red and green crayons, and built a toilet paper snowman in the bathroom. 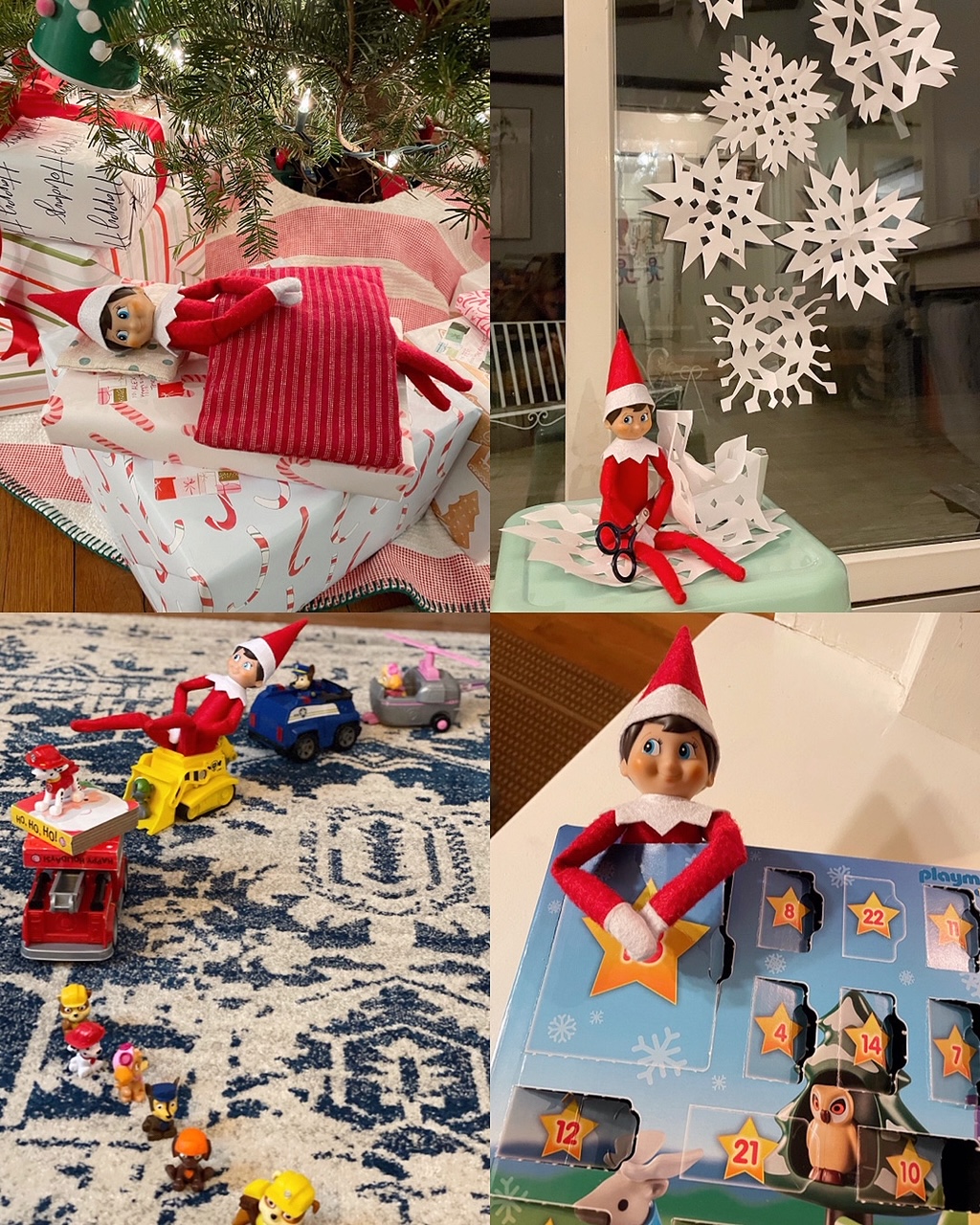 The Elf on the Shelf loved our Christmas tree and set up his bed on a stack of presents underneath the twinkly  tree lights. On our first snowfall last year, the Elf cut a bunch of snowflakes and hung them on the windows so we woke up to snow outside and inside! And the Elf on the Shelf set up a parade with our Paw Patrol toys through the playroom. This year the Elf brought us a special advent calendar, and last year he took to hiding inside some of the advent calendar slots! 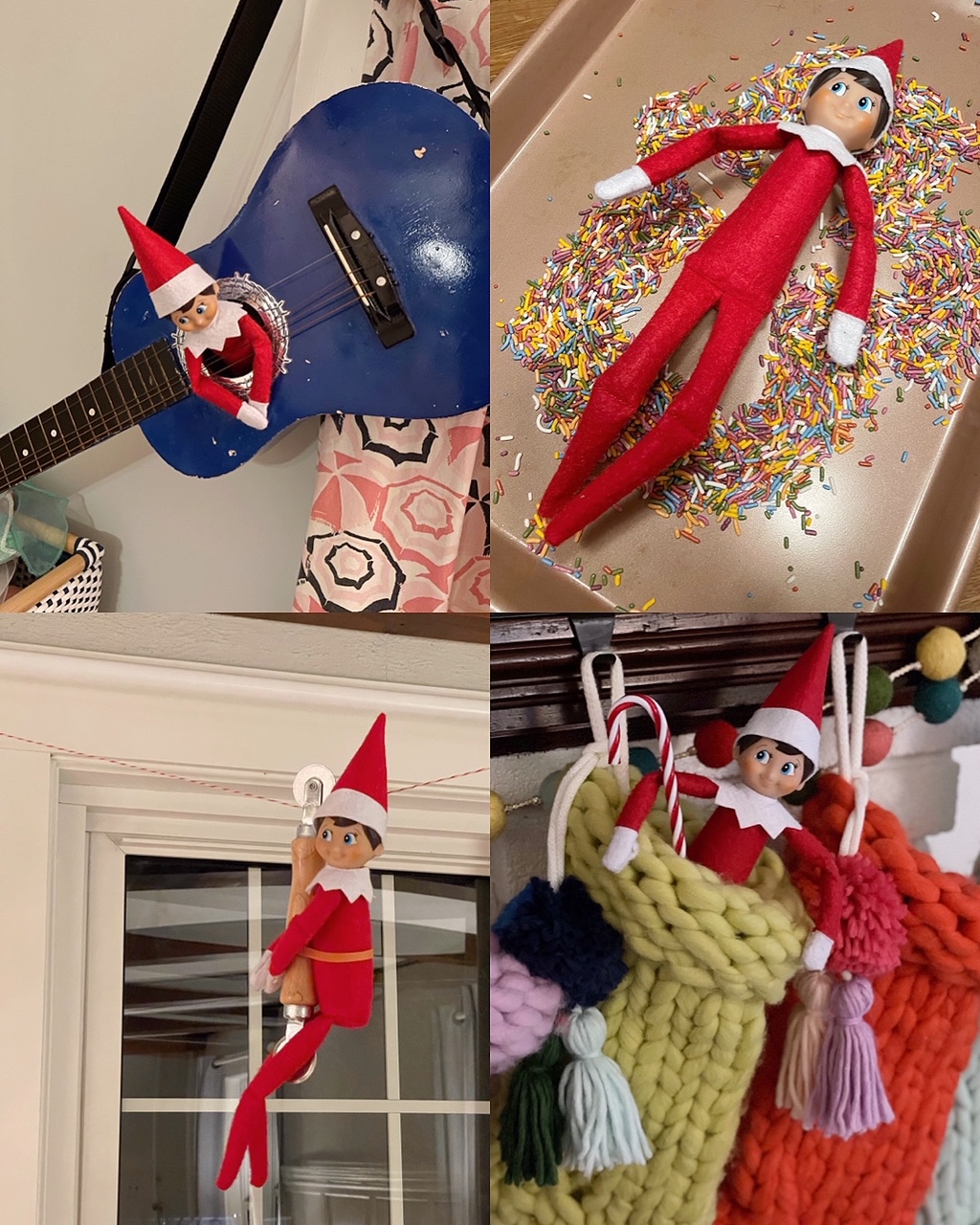 The Elf on the Shelf hid inside guitars and our Christmas stockings, and made snow angels in sprinkles on the night before we did our annual cookie-decorating day. On the last night of our Elf-tour last year, he made a zip-line into the Christmas tree, fashioned out of some string, a pastry cutter and a rubber band harness. We also got a special letter from Sneaky on his last night to say goodbye until next year, a grand finale to send him back to the North Pole!