Continuing our Trader Joe’s Thanksgiving hacks series this week with another tasty, four-ingredient appetizer that’s just about as easy as pie to make: Cranberry Pecan Crostini! I took a ciabatta baguette (any baguette will do!), sliced it into rounds and arranged them on a baking sheet. Give them a little drizzle with olive oil and toast them up in the oven. When they’re golden brown, take them out and give them a dollop of cranberry sauce, a crumble of cranberry stilton cheese and finish them off with a few candied pecans – delicious! 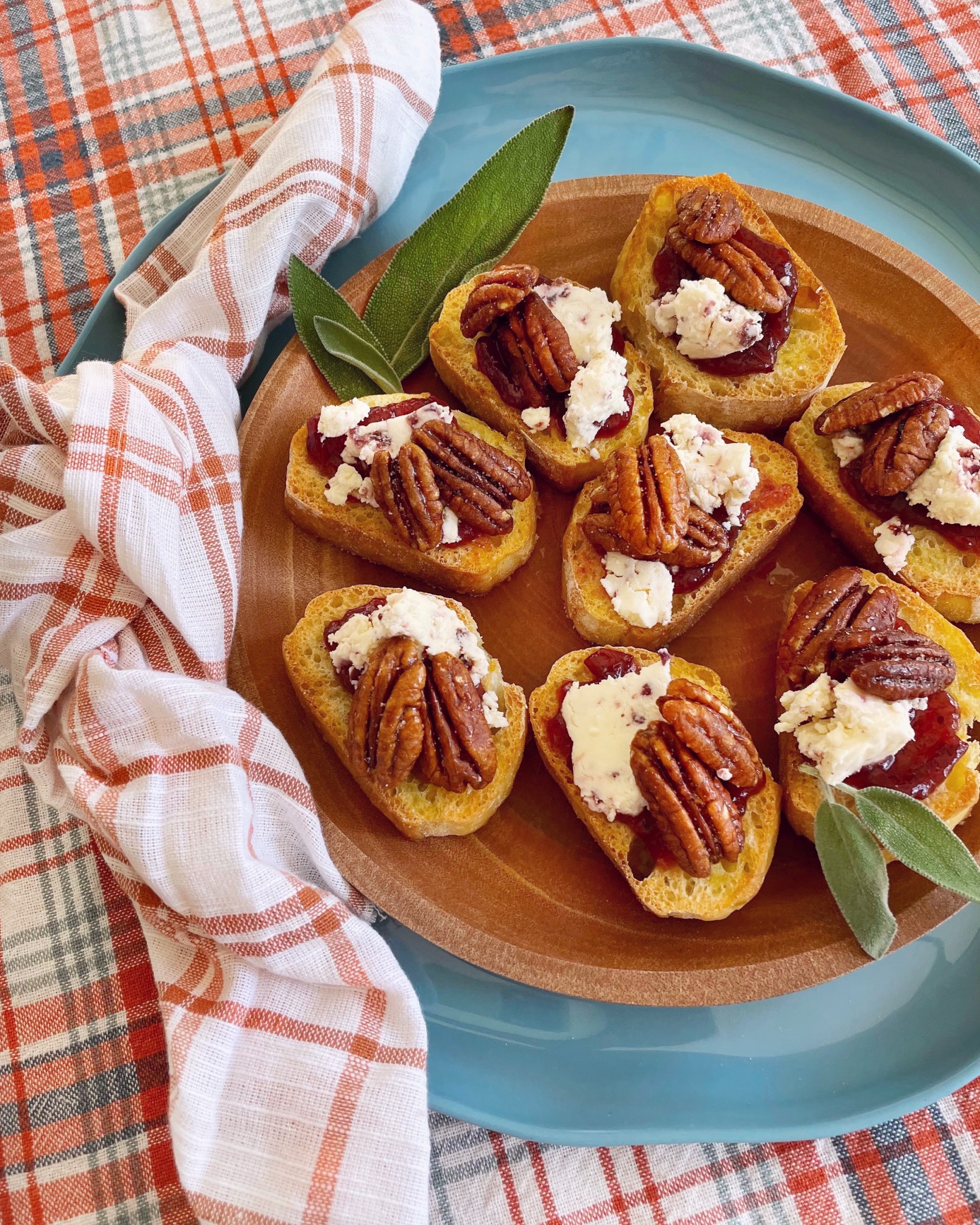 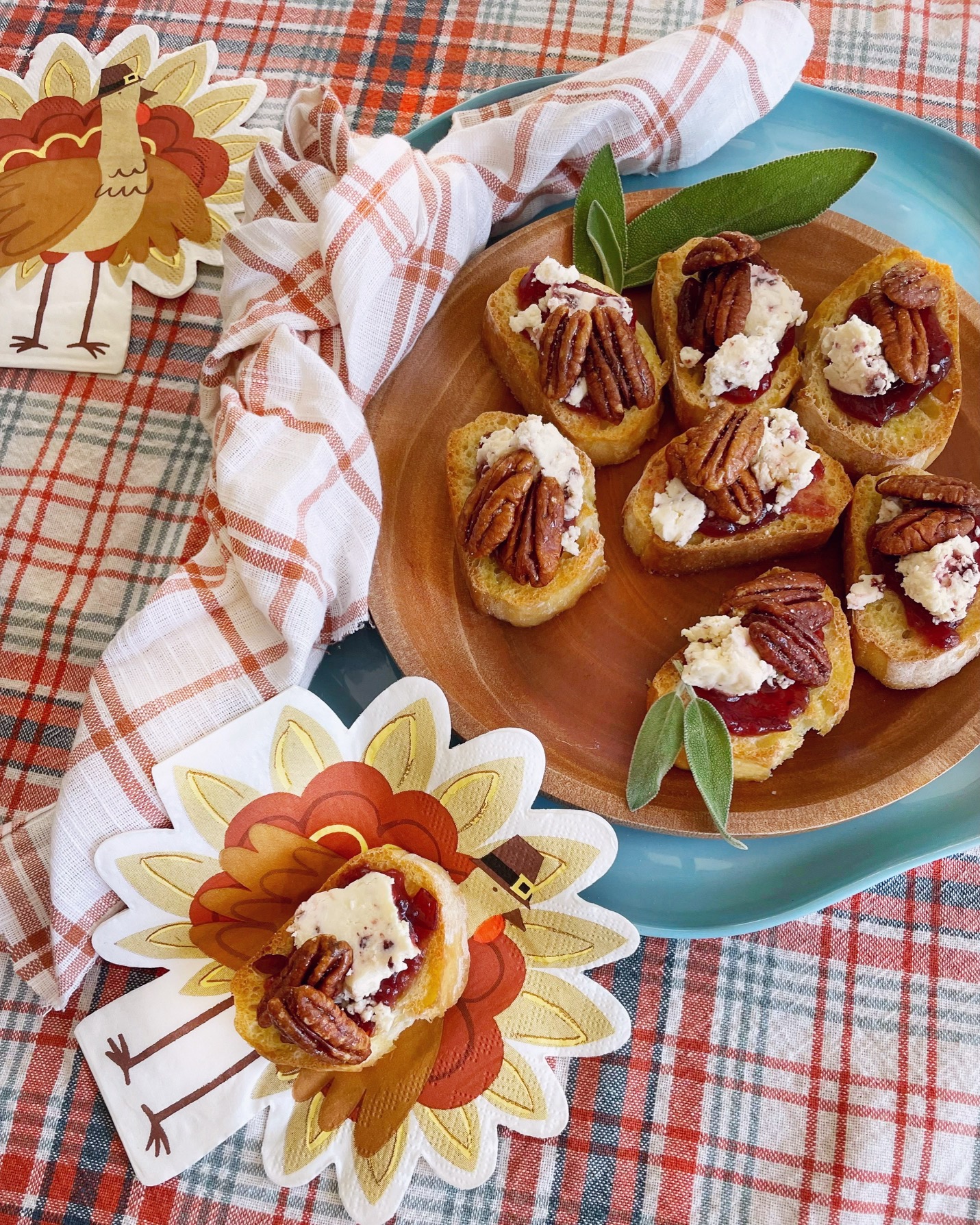 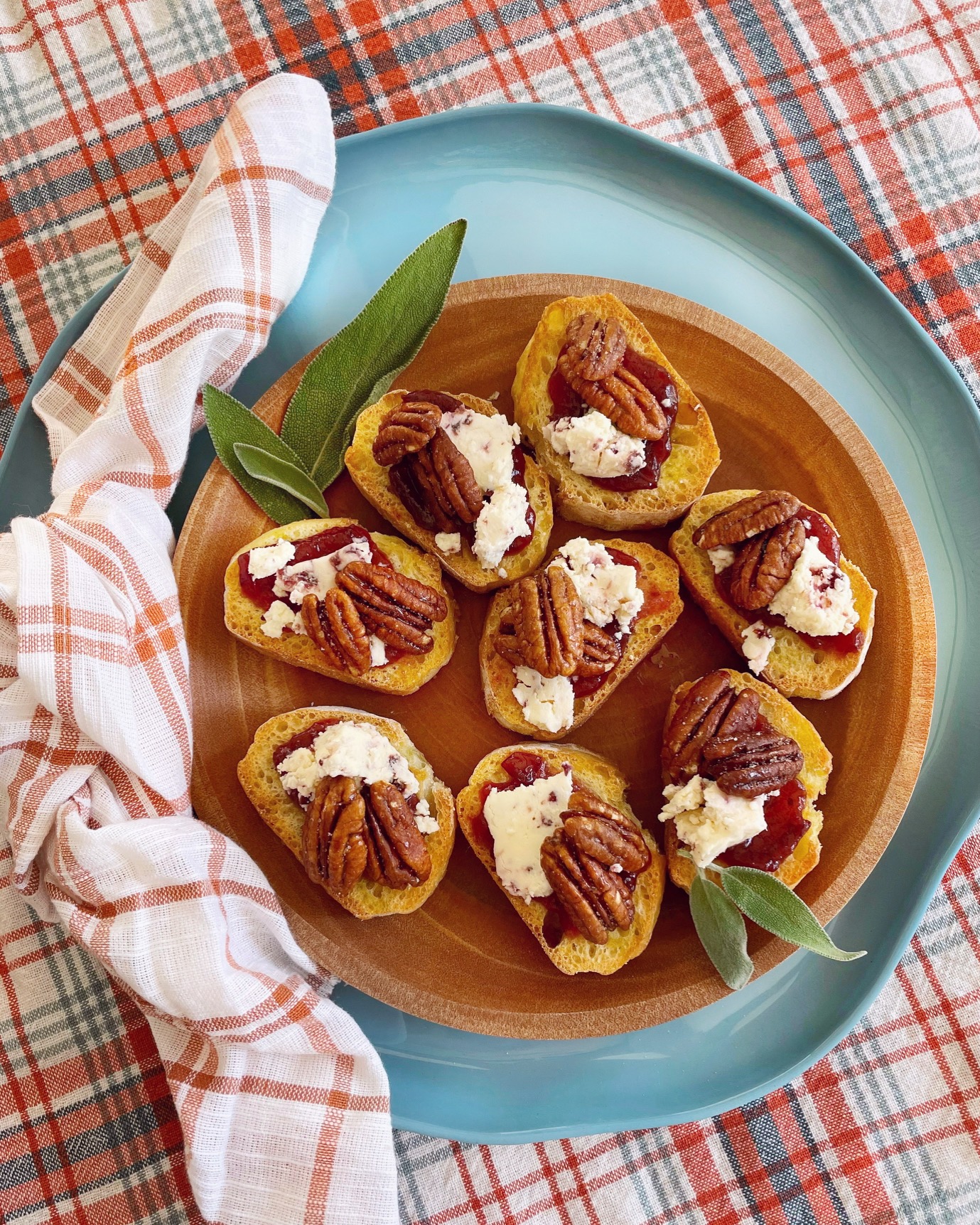