I was reminiscing recently about how much I missed going to a bar and having a draft pumpkin beer poured with that delicious cinnamon sugar rim. It’s a taste of fall that I enjoy for a few short weeks every year. I took an informal poll of my instagram followers, calling for everyone to share with me their favorite fall pumpkin beers. A few people felt strongly that pumpkin beer does not even qualify as real beer and several others sent passionate votes for the classic Shipyard Pumpkin or specialty pumpkin varieties from breweries across the US. I decided to tally up the votes and do a taste test of the top recommendations with some friends outside on a warm fall day for the purpose of blog post research! I’m sharing our very scientific findings in this best of fall pumpkin beers and ciders review: 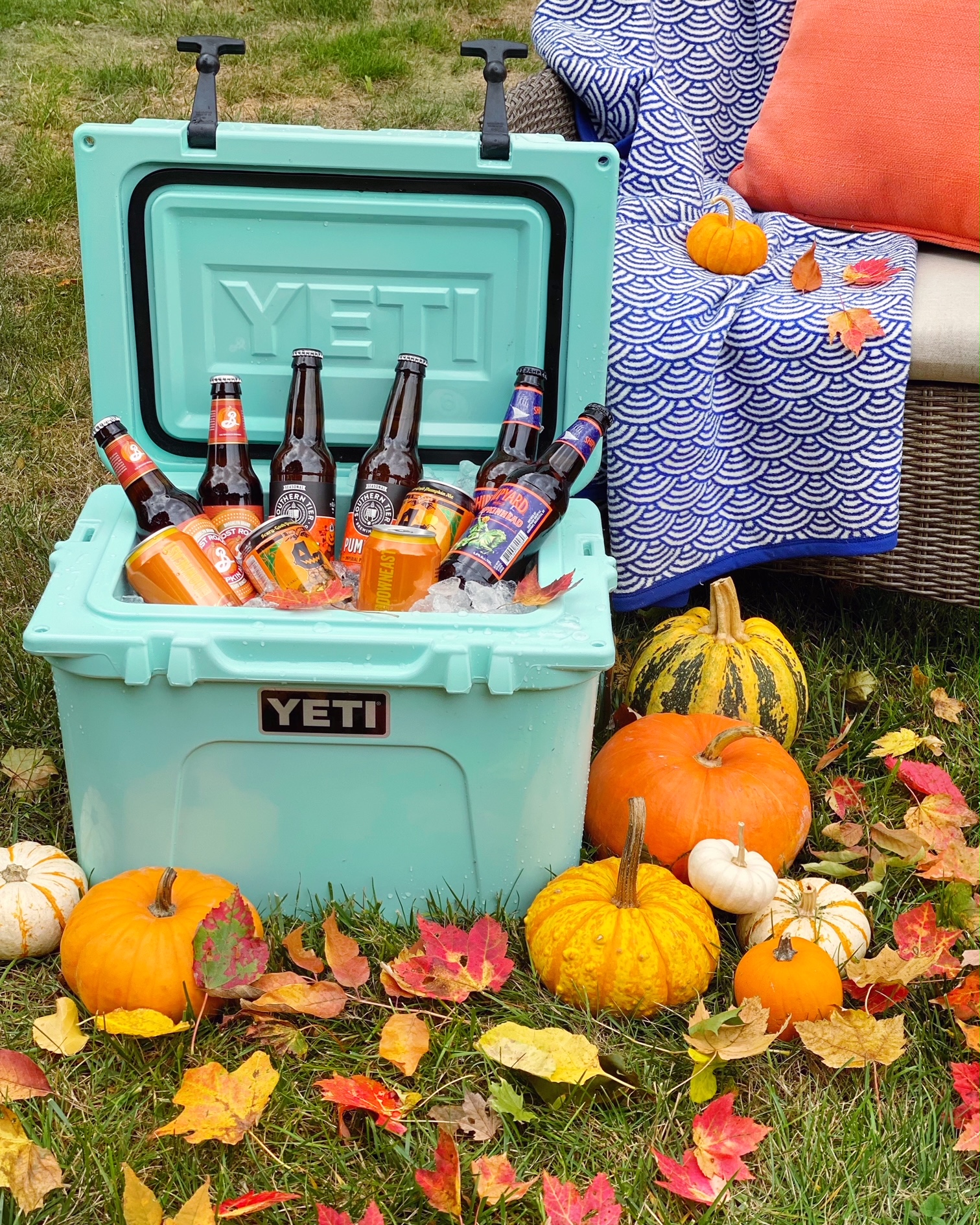 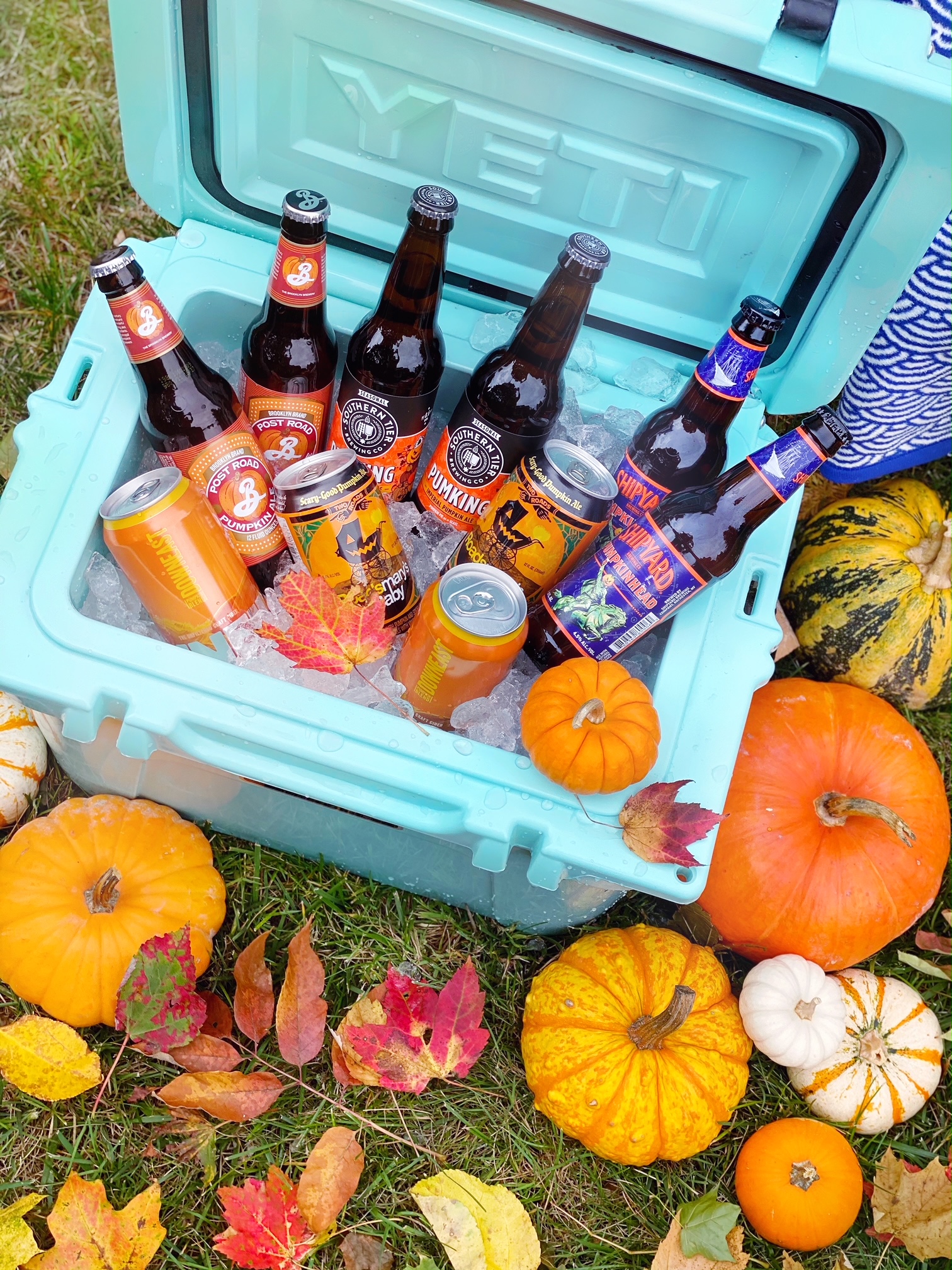 Shipyard Pumpkinhead. Without a doubt, the Shipyard Pumpkin was the most recommended in my instagram poll. We started our tasting this this beer first because of that, and because we deemed it the “classic” and perhaps original pumpkin beer that gained major popularity. When comparing it with the other beers, I think we were all surprised by how subtle the flavoring was — there’s just a hint of pumpkin and spice in this wheat ale. We drank all of these beers in their pure state, without the essential cinnamon sugar rimmer, and my review was that perhaps this beer really relies on the sweet and spiced flavor rim to make it feel so special.

Southern Tier Pumking. This Pumking beer was the next most recommend from my instagram followers. I had never had this brand before so I was excited to try it. The flavor reminded me of a pumpkin pie — it was sweeter, heartier, and had some robust caramel notes. This beer also had a much higher alcohol content than some of the others — 8.6% — and a deep copper color. Pumking ended up being my favorite of all of the beers we tried.

Roadsmary’s Baby Ale. Roadsmary’s Baby Ale by Two Roads Brewing was another popular recommendation from my instagram poll, and seems to be available widely in our area. The beer is aged in rum barrels which gives it a really interesting taste. There were lots of vanilla bean notes and it had an amber color. While this one was super tasty and enjoyable, we all agreed that we got way more of the vanilla taste than actual pumpkin.

Brooklyn Post Road Pumpkin Ale. The Brooklyn Brewery pumpkin ale was included in my poll results by a few followers, and I admittedly grabbed it because I loved the rusty colored label that felt very seasonal. This one was my second favorite, and my husband rated it as his top pick. It was a very smooth, drinkable beer and had a perfect balance of pumpkin flavor and hint of nutmeg spice.

Downeast Pumpkin Cider. I’m cheating here and including a hard cider for the non-beer drinkers on my list. Next to every display of pumpkin beer I saw at the store there seemed to be a huge stack of Downeast’s Pumpkin Cider, and this marketing plan clearly worked on me because I bought a pack out of curiosity. It was refreshing and sweet, brewed with blend of pumpkin and chai spices. If you like sweet drinks, this is for you. I enjoyed having one, like a dessert, before switching to back to the other pumpkin beers! 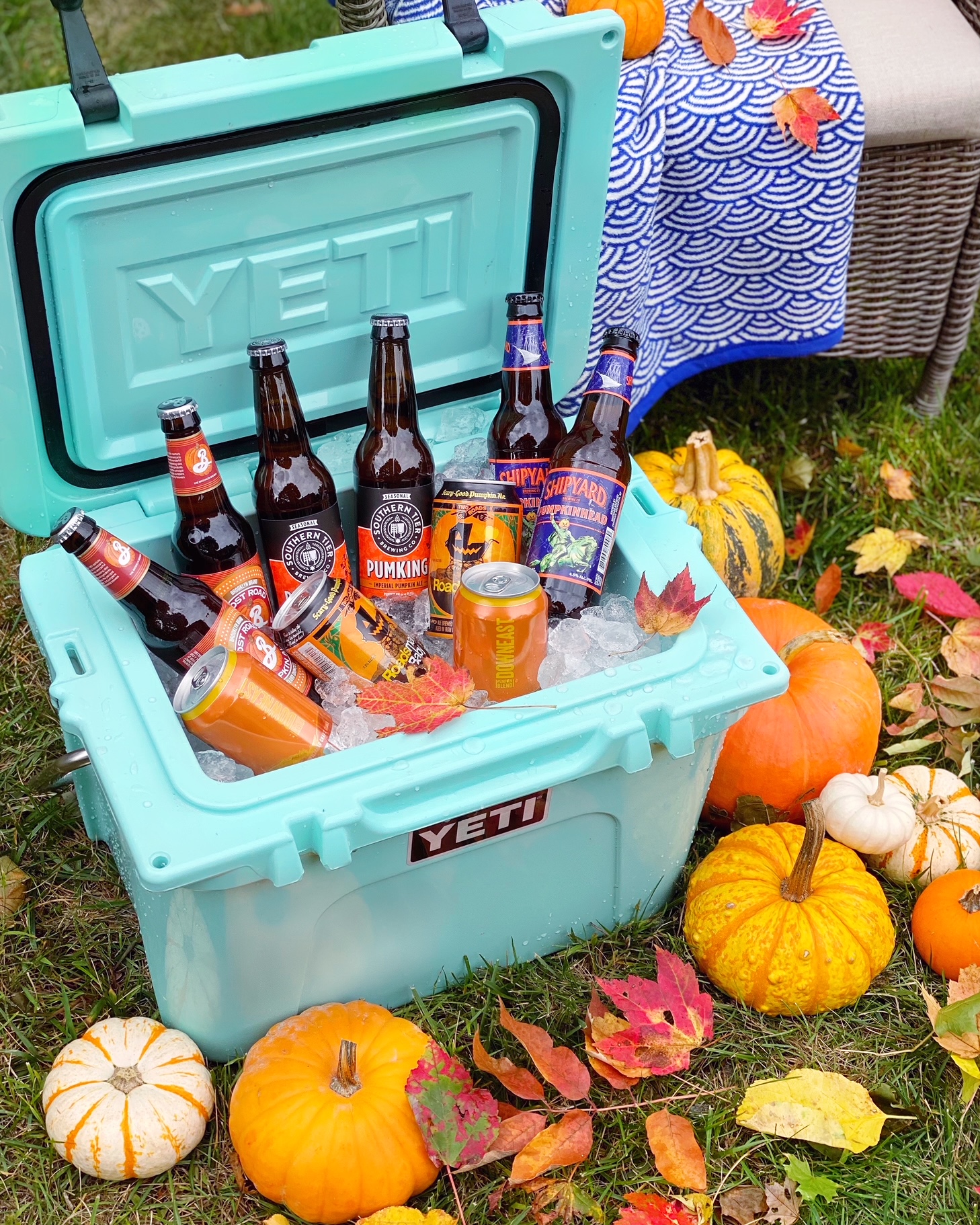 The honorable mentions and omissions! There were a handful of pumpkin beers that were highly suggested by my followers but weren’t available regionally. Tons of people suggested Schlafly Pumpkin Ale for their favorite pumpkin beer, and a few people noted Montauk Brewing Co’s Pumpkin beer (love their branding too!). UFO Pumpkin and Harpoon Brewery’s Imperial Pumpkin got a handful of mentions too but weren’t top contenders. I omitted several pumpkin stouts and coffee ales for the very scientific reason of: I don’t really like stouts or coffee ales. And the most important detail of pumpkin beer consumption is the cinnamon sugar rim! I found a tasty Pumpkin Spice Vanilla Bean Sugar mix that takes the pumpkin beer experience to the next level, and Shipyard Brewery makes their own cinnamon sugar rimmer tin to go with their beers now too — sip, sip, hooray! 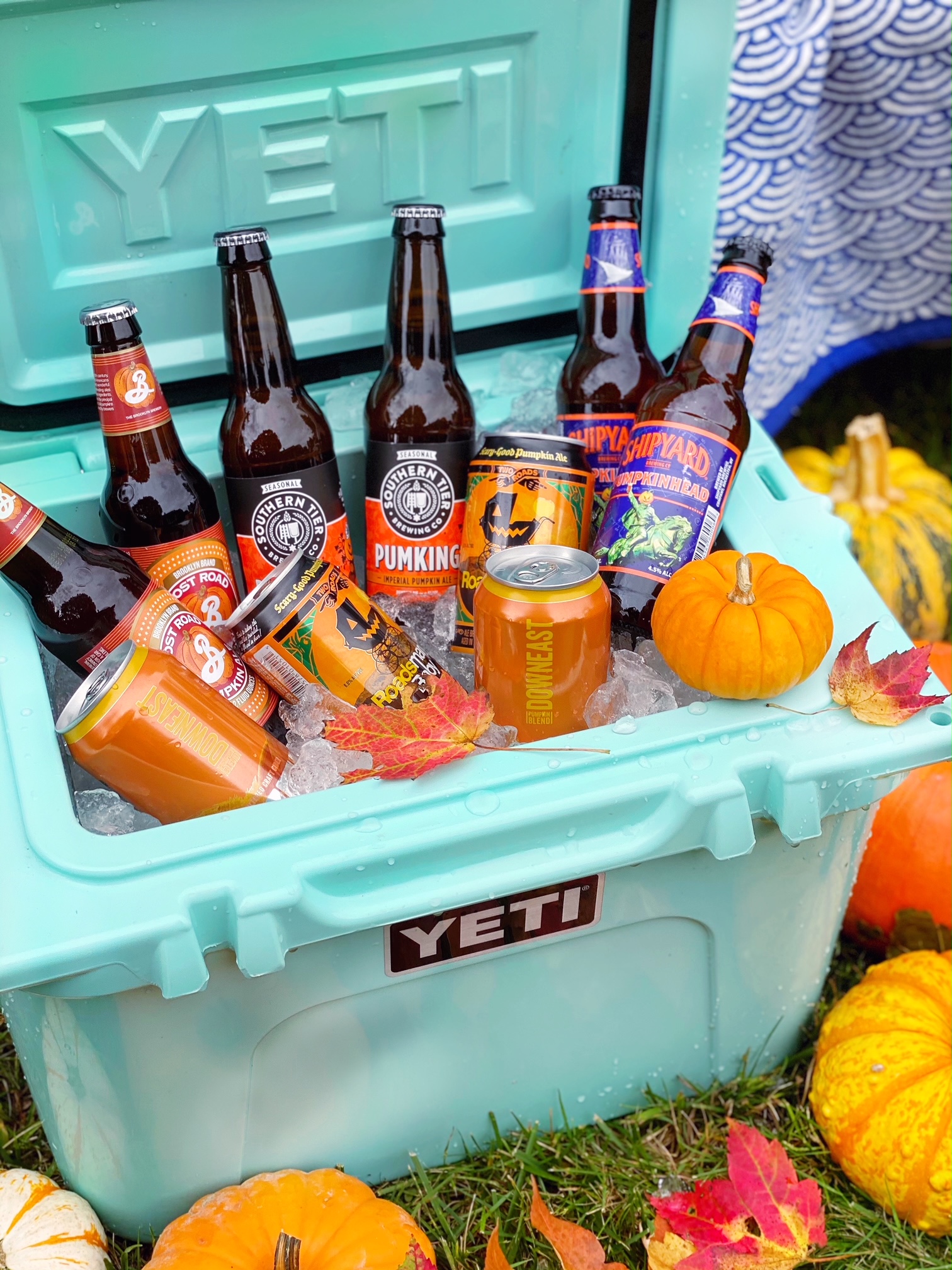